Many stories of survival emerge from conflict zones and areas hit by disasters.

To escape such situations, people sail across seas, walk across deserts, overcome mountains and jungles – all in an attempt to bypass international borders to give themselves and their families a better life. News 1st took a closer look at one such account of a migrant fleeing persecution.

Twenty-two-year-old Shafriulla, A Rohingya from the Rakhine state, is about to play a game of football. But for every moment he plays, he wishes his cousin, Abdul Rahim was next to him.

Even though Shafrulla considers himself a Burmese National, his government calls people like him – stateless – making thousands like him feel like outcasts. Shafrulla arrived in Sri Lanka in 2013 with 32 others on board a vessel. The boat they travelled in left the shores of the Rakhine state in Myanmar with 130.

Floating adrift at sea for almost 32 days, Shafrulla lost Abdulla, a man he considered to be a brother, as he slowly gave in to dehydration and starvation.

He stated that if he was here, he will be very happy because he is his elder brother and he would have taken him to places and given him “every possible thing”

He added that at present he has to take responsibility since he doesn’t have anyone to ‘accept him.’

Home away from home, Sharfrulla is now living in Sri Lanka as a refugee after fleeing persecution in his own country – Myanmar. Sharfulla, painted a vivid picture of the difficult journey by boat.

Their vessel sailed across the Indian ocean hoping to reach Malaysia but having run out of fuel before reaching their intended destination they were left adrift at the mercy of winds and ocean currents.

UN representative Golam Abbas stated that the UNHCR would like to request all governments to open borders to help refugees, pointing out that it is not a crime to seek refuge: but their right. 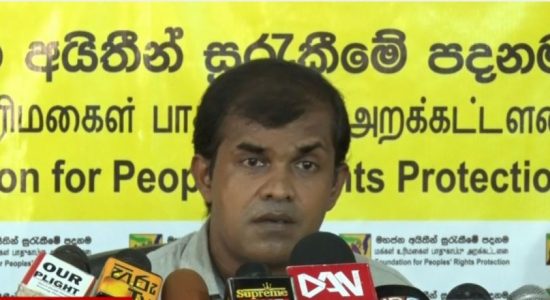