Experts have discovered a World War II US aircraft carrier that is “amazingly intact” despite languishing on the bottom of the Pacific for more than 60 years.

The ship is upright, listing only slightly and may even have an plane inside

The former USS Independence is resting in 2,600 feet (800 meters) of water off California’s Farallon Islands with its hull and flight deck very well preserved and clearly visible, scientists with the National Oceanic and Atmospheric Administration (NOAA) said on Thursday.

There also appears to be a plane in the hangar bay of the vessel, the lead ship of its class of light aircraft carriers that were vital during the American naval offensive in the Pacific.

“After 64 years on the seafloor, Independence sits on the bottom as if ready to launch its planes,” said James Delgado, chief scientist on the mission and maritime heritage director for NOAA’s Office of National Marine Sanctuaries.

“This ship fought a long, hard war in the Pacific and after the war was subjected to two atomic blasts that ripped through the ship.

“It is a reminder of the industrial might and skill of the ‘greatest generation’ that sent not only this ship, but their loved ones to war

The carrier is one of an estimated 300 wrecks in the waters off San Francisco and the deepest known shipwreck in the sanctuary, the NOAA said.

Independence operated in the central and western Pacific from November 1943 to August 1945 and later was one of more than 90 vessels assembled as a target fleet for atomic bomb tests in 1946 in the Marshall Islands.

Damaged by shock waves, heat and radiation, Independence survived the tests and returned to the United States.

It was moored in San Francisco until age caught up with her and she was towed out to sea for scuttling in January 1951.

Independence was found as part of a two-year NOAA mission to locate historic shipwrecks in the Gulf of the Farallones National Marine Sanctuary and nearby waters.

There are no plans at the moment to try and get inside the vessel, Delgado said. 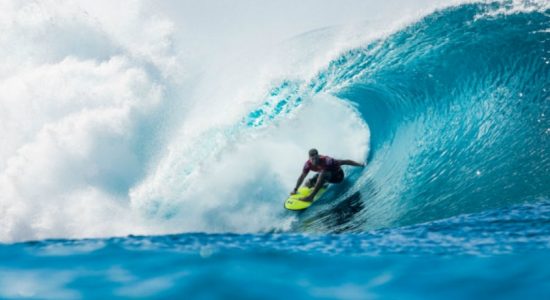