The Kiwi retired following New Zealand’s loss to Australia in the World Cup final and the 36-year-old is now free to continue his coaching career.
“It is a big job but one that I am excited about tackling,” Vettori was quoted as saying by Cricket Australia on Thursday.

He confirmed his retirement from playing upon arriving home on Tuesday(31) and will once again take up his role as coach of the Royal Challengers Bangalore in the Indian Premier League (IPL), starting April 8, for the second year.

“I found my initial experience as the coach of Bangalore in the IPL to be very rewarding last year and so I am grateful to them for allowing me this additional opportunity to develop my coaching skills and background,” he said.

The left-arm spinner is regarded as one of the best players ever to have played for New Zealand. He took 705 wickets and scored almost 7000 runs in an international career that spanned three decades.

“It has been a few big months for everyone with the World Cup but I am pleased to begin getting myself ready for what comes next. I’m look forward to getting to work with the Heat in a month or so and building towards the next season and beyond,” Vettori said.

Vettori was an accomplished player capturing 15 wickets at 20.46 in the just concluded World Cup and was later named in the International Cricket Council’s (ICC) “Team of the Tournament”. 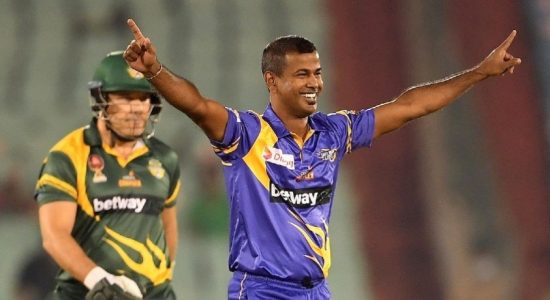