The wife of Former Minister Wimal Weerawansa, Shashi Weerawansa has been remanded until March 4.

Colombo Chief Magistrate Gihan Pilapitiya made the order after taking into consideration the facts presented by both sides over her bail application.

Shashi Weerawansa was brought to courts on Wednesday from the Prisons Hospital.

President’s Counsel Jayantha Weerasinghe, appearing on behalf of Weerawansa said that his client is not connected to any of the charges against her.

The attorney pointed out that she had attempted to legally obtain her National Identity Card and Birth Certificate, and the mistake had been committed by the relevant officials.

However, the CID says that this situation has arisen as wrong information was provided to the relevant officials.

The magistrate ordered for an inquiry to be conducted into the complicity of officials attached to the Department for the Registration of Persons for this act. He ordered for the report to be produced in court. 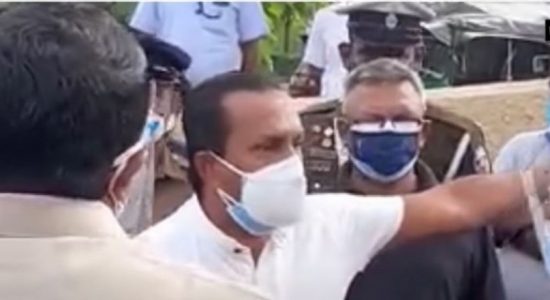