At a media briefing convened by the Unity through Power Devolution Movement on Wednesday, views were expressed on the rally held in Nugegoda.

”They say that neither DEW Gunesekera nor Mahinda Rajapaksa will participate. Everyone in the SLFP have been instructed not to participate at the rally. Who are the five people who organised this rally? Wimal from Thummulla, who is not to be seen day and night. Then we have Gammanpila, DEW Gunesekara, Tissa Vitharana and Vasudeva Nanayakkara. This meeting has been taken away from the political grounds and brought to grounds based on racism. We see on the internet pages urging people to rise against the mosque in Kuragala and rise against Azath Salley. They are inviting everyone to Nugegoda. The 5.8 million voters who cast their vote for Mahinda Rajapaksa were told to rally to bring Mahinda back to politics. But now they are calling this crowd to gather in Kuragala. There are five political parties attending this rally and we challenged Wimal to gather 5000 people if he can. This isn’t a political rally. This is a rally to gather people as preparation to attack the minorities.”

Leader of Democratic People’s Front Mano Ganeshan too expressed his views during the media briefing.

”The Sinhala, Tamil and Muslim communities in this country must join hands and put a stop to this. I would like to state that the time for this has come. We cannot lose this golden opportunity. We cannot let the future of this country be destroyed just for the sake of people like Mahinda, Wimal Weerawansa, Dinesh Gunewardena or Gammanpila wanting to come to power. I am very disappointed about my dear friend Vasudewa Nanayakkara. How can he even sit there?” 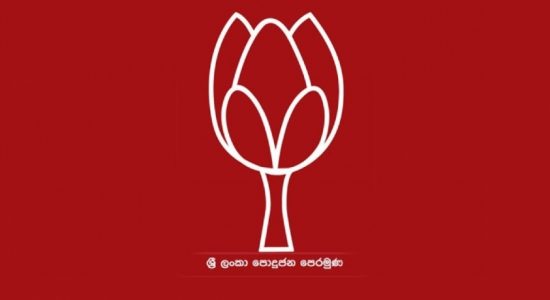