Crude oil prices have fallen below 50 dollars per barrel for the first time since 2009, hit by OPEC’s production stance, oversupply, weak demand and the strong dollar.

European Brent oil dived to $49.81 a barrel today, a five-year-low.

New York crude had already slumped under $50 on Monday.

Oil has dropped about 50 percent since June on worries about weak demand and a decision by the Organisation of the Petroleum Exporting countries or OPEC not to cut output in response to lower prices.

Many observers expect the price of oil to fall further as North American shale producers continue to supply increasing quantities of oil and gas, and the oil-producing group OPEC resists calls for cuts in production to support prices.

The price of oil has now fallen by more than half since June. 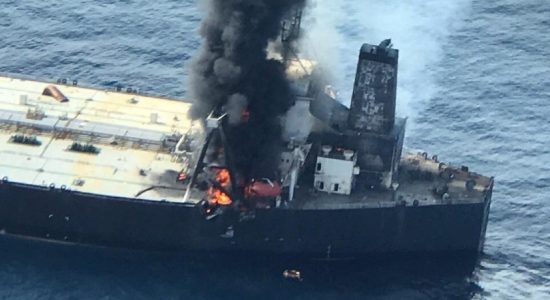 Minister Bathuideen says he will not let Gas Prices increase

US doesn't want to harm allies with Iran sanctions