No change in home side that will play second ODI against England: Angelo Mathews

No change in home side that will play second ODI against England: Angelo Mathews

Captain of the Sri Lankan Cricket Team Angelo Mathews says that there will be no change in the home side that will play the second ODI against England today.

Sri Lanka will take on England at the R.Premadasa Stadium in Colombo, which experienced a heavy rainfall on Friday evening.

Game two of the seven match ODI Series between Sri Lanka and England will be played as a day and night encounter in Colombo on Saturday. The Sri Lankan team took part in their final practices on Friday, ahead of the second ODI.

Sri Lanka won the first ODI by 25 runs, the Lankan skipper says that the team expects to use new techniques and tactics in Saturday’s game.

[quote]All fifteen players were told be prepared to play during the last game. Because we will have to change the team combination in the event the match is affected by rain. We have not reached a decision on nay major changes. But we will play well…….[/quote]

As a result of the heavy downpour experienced in Colombo, especially in the area of the venue, the English were deprived of the opportunity to engage in practices.

Manager of the R.Premadasa Stadium Godfrey Dabarera said that the covers have been placed on the green. He went on to say that measures have been taken to prevent water from remaining on the ground. 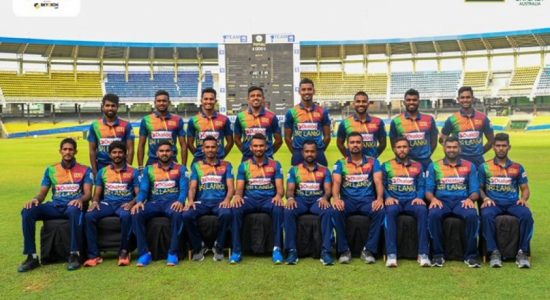