UPFA Parliamentarian Vasantha Senanayake has expressed regret over his decision to vote for the 18th Amendment to the constitution.

He made this statement in an exclusive interview with News1st’s Suranga Senanayake, on our special segment, Newsline on Tuesday.

Q: You recently presented a draft amendment to the constitution. What happened to it?

[quote]It was not recent. It was presented to the select committee one and a half years ago. This is not a new addition to the current pattern. Since one of the factors in this was not being discussed, I presented it.[/quote]

Q: You say ‘they’ didn’t take any notice. Who are they?

Q: In Parliament didn’t you vote for the 18th Amendment which removed the term limitation on the president?

[quote]I did. It is a good question, and I thought you would definitely ask that question. I was a novice MP, it was the first time that I had entered parliament. We had won the war. And at that time we felt that this President should serve another term. That is President Mahinda Rajapaksa. But at the time, we believed that the President and the SLFP were of the stance that J.R. Jayewardene’s destructive constitution should be abolished.[/quote]

Q: Are you disappointed that you voted the 18th Amendment?

Q: The UNP was founded by your great grandfather Honourable D.S. Senanayake. Are you thinking of returning home? 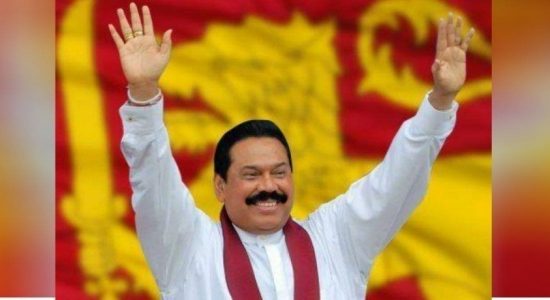