The outer bands of Cyclone Hud Hud are striking the eastern Indian coast, causing extensive damage and prompting the evacuation of 300,000 people.

The cyclone, classed “very severe” and bringing winds of up to 195km/h, is expected to make landfall in the next hour near Visakhapatnam.

Hundreds of trees have already been uprooted and power lines brought down in Andhra Pradesh and Orissa states.

While the cyclone is not expected to make landfall in Sri Lanka, the Met Department states that increased wind speeds can be expected over the country and in surrounding sea areas.

They note however that strong winds will see a gradual decrease by Monday. 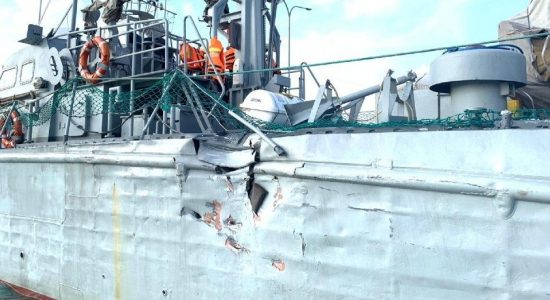