A hotel in Karuwalagaswewa, Puttalam, owned by MP Palitha Range Bandara, was shot at by an unidentified group early Monday morning. The police media unit said that several windows at the hotel were damaged in the shooting and that no one was hurt.

UNP Parliamentarian, Palitha Range Bandara said; [quote]We could see that 28 bullets hit the outside of the hotel and the windows. The police are about 300 metres away. They have caused this damage and shot at the hotel in this backdrop. This is being done to spread violence for political needs.[/quote] 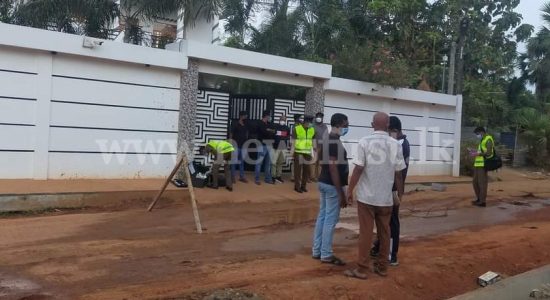