The former organiser of the United Bhikkhu Front, Venerable Ulapane Sumangala Thera, says that monks were deceived by and Ranil Wickremesinghe and today they are beginning to understand the deception.

He made this comment while joining in an exclusive interview with News1st journalist, Suranga Senanayake on our  segement Newsline on Sirasa TV.

“They have been deceived and today they are beginning to understand the deception. At the end of the several rounds of talks held by the Bhikkhu Front in November last year, Ranil Wickremesinghe used his delegates and cunning strategies, and led the Maha Sangha astray. We saw him achieving his aspirations. I walked out at this moment in protest. Since then I have been waiting to see the end of the journey of deception on which those who were deceived had embarked on.” 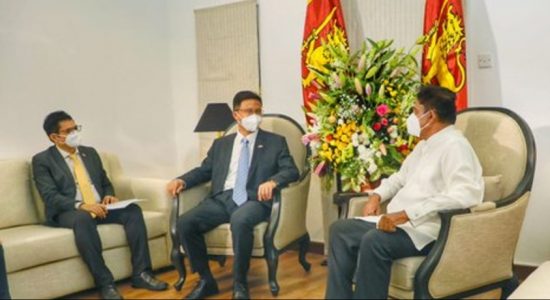