US forms ‘core coalition’ to fight Isis militants in Iraq

US forms ‘core coalition’ to fight Isis militants in Iraq

The US has announced that Nato allies have agreed to form a coalition to fight the Islamic State, with Barack Obama stating the group’s “savage nihilism” must be confronted.

The US president said on Friday that the US and its key allies would be mount a sustained effort to push back the group, formerly known as ISIL, which he said posed a significant threat to Nato countries.

There would also be efforts to include Middle Eastern nations in the coalition, a concerted effort to cut the group’s funding, and help those groups which reject the “nihilism” it has spread through Syria and Iraq.

The announcement was made at the conclusion of a Nato summit in Wales, after high-level talks to agree a plan by the time the UN general assembly meets this month.

The coalition comprises the US, the UK, France, Australia, Germany, Canada, Turkey, Italy, Poland and Denmark.

Obama said it would stand ready “to confront this terrorist threat with military, intelligence, law enforcement as well as diplomatic efforts”.

“I did not get any resistance or push back to the basic notion that we have a critical role to play in rolling back this savage organisation that is causing so much chaos in the region and is harming so many people and poses a long-term threat to the safety and security of Nato members,” he said.

“So there’s great conviction that we have to act, as part of the international community, to degrade and ultimately destroy ISIL, and that was extremely encouraging.”

Laying out a strategy for Iraq, Obama hinted at a broader military campaign, likening it to the way US forces pushed back al-Qaeda along Pakistan’s border with Afghanistan, taking out the group’s leadership and shrinking the areas it controlled.

In Syria, he noted that moderate Syrian rebels fighting both the group and the government of Bashar al-Assad were “outgunned and outmanned” and needed aid.

Obama pressed Arab allies to reject the violent “nihilism” projected by the group.

The US secretary of state, John Kerry, will travel to the Middle East next week, where he expects to expand the coalition beyond Western nations.

Said Obama: “I think it is absolutely critical that we have Arab states – and specifically Sunni-majority states – that are rejecting the kind of extremist nihilism that we’re seeing out of ISIL,… join us actively in the fight.”

“What we can dismantle this network, this force that has claimed to control this much territory, so that they can’t do us harm,” Obama said.

In a meeting with the foreign and defence ministers from the coalition countries, Kerry said leaders need a clear idea about what they could contribute. Those not offering military assets could instead provide intelligence, equipment, ammunition or weapons.

The French president, Francois Hollande, said France was discussing with allies what type of action might be taken.

Georgia, which is not in Nato but has previously sent troops to Afghanistan and Iraq, was quick to offer its support. 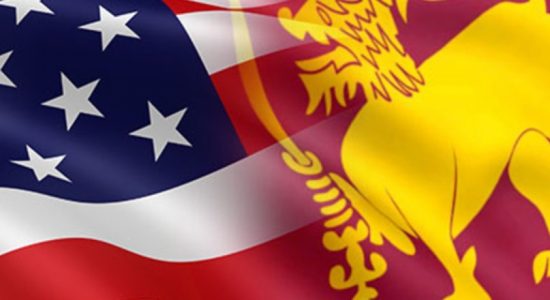