UPFA contestant of the Uva Provincial Council Elections, Anura Vidanagamage and his brother Parliamentarian Thenuka Vidanagamage engaged in a massive allegedly illegal vehicle procession on Wednesday, after handing over nominations for the upcoming elections.

It was surprising to note the large number of vehicles that joined this parade. By engaging in such a procession for a Provincial Council Election, their intentions came into the spotlight.

Another most prominent fact about this procession is that it was conducted in violation of  election laws. The pair was prosecuted by the police, over the charges of making death threats to police officers, obstructing duty, and extorting money.

Court also ordered the police to arrest Uva Provincial Council candidate Anura Vidanagamage and several others, and produce them in court before August 26.

Suspect arrested for the possession of 12 firearms in Hungama 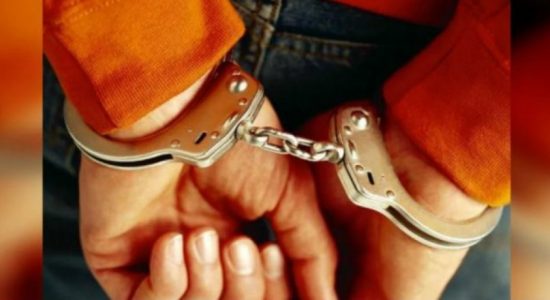 Time Keeper arrested for soliciting Rs. 100/- as a bribe