France crushed Switzerland 5-2 on Friday to all but insure their place in the World Cup knock-out rounds.

After beating Honduras 3-0 in their opening match, France will see their qualification from Group E ratified if Honduras beat Ecuador later Friday.

Switzerland went into the game as the group’s top seeds ranked 11 places above France in FIFA’s list at six. But their coach Ottmar Hitzfeld said before kick-off that 1998 world champions France were the true favourites.

And in a one-sided affair, Benzema also missed a first half penalty and had a goal ruled out because it came two seconds after the final whistle.

Arsenal forward Giroud set the ball rolling by thumping home a Valbuena corner with his head.

Just a minute later, Benzema anticipated a Valon Behrami pass back and teed up Matuidi to beat Swiss goalkeeper Diego Benaglio, who should have done much better, at his near post.

Johan Djourou was harshly penalised for a foul on Benzema in the box but justice was done when Benaglio parried the French striker’s spot-kick. Yohan Cabaye firing the rebound against the bar.

But the respite was short-lived as Giroud crossed for Valbuena to tap home on a lightning counter-attack, giving France a 3-0 lead at the break.

Switzerland capitulated late on as Philippe Senderos missed a through ball from substitute Paul Pogba and Benzema nutmegged Benaglio.

The Real Madrid forward then set up Sissoko to fire home from an angle as France ran riot before Dzemaili’s late free-kick crept inside the post and Xhaka slammed pas Hugo Lloris after latching onto a chip over the top.

Ecuador moved into second place in World Cup Group E as two goals from Enner Valencia handed them a 2-1 win over Honduras in Curitiba on Friday.

Honduras had looked on course for their first ever World Cup win when Carlo Costly fired them in front on 31 minutes, but Valencia levelled from close range just three minutes later.

And the Pachuca striker moved alongside Karim Benzema, Robin Van Persie, Thomas Mueller and Arjen Robben as the tournament’s joint top scorer on three goals when he headed home the winner from Walter Ayovi’s free-kick 25 minutes from time.

Ecuador now lead Switzerland on goal difference with both sides locked on three points after two games behind group leaders France on six.

However, Honduras can also still qualify despite losing both their games so far should they heavily defeat the Swiss and Ecuador lose to France.

After a nervy opening from both sides the game began to open up midway through the half and Honduras felt they had a strong penalty appeal waved away by Australian referee Benjamin Williams when Costly went down under pressure from Juan Paredes.

Moments later it was Ecuador who should have taken the lead as Valencia timed his run onto Frickson Erazo’s long ball forward perfectly but couldn’t find the target when left with just Noel Valladares to beat.

Honduras’s first clear chance of the game came just before the half hour mark when Victor Bernardez headed wide when unmarked at the far post.

Four minutes later, though, Costly did net his country’s first World Cup goal in five games stretching back to their inaugural appearance at the finals in 1982 as he beat Jorge Guagua to a high ball before slamming home left footed.

The Hondurans’ lead was short-lived as within three minutes Juan Paredes’ deflected effort fell perfectly for Valencia to bundle home his second goal of the tournament.

Honduras ended the half the stronger side as Bernardez’s powerful free-kick was turned behind by Alexander Dominguez and Jerry Bengston rightly had a goal ruled out for handball after Costly’s initial header had come back off the post.

After the break it was Ecuador’s turn to feel aggrieved with referee Williams as he again was unmoved when Felipe Caicedo tumbled under a challenge from Maynor Figueroa.

However, that decision mattered little in the end as Valencia netted the winner when he rose highest to meet Ayovi’s sweet delivery.

Bryan Ruiz’s goal in the first-half sealed England’s elimination from the World Cup and saw Costa Rica progress to the last 16 with a fine 1-0 win over Italy in Recife on Friday.

Ruiz struck right at the end of the opening period after the Costa Ricans had a valid appeal for a penalty waved away by the referee.

Costa Rica’s victory saw them move onto six points in Group D and means that pointless England’s slim hopes of getting second spot were extinguished as Uruguay and Italy, both on three points, play each other in their final game.

It will be the second time Costa Rica have reached the last 16, the previous occasion being in the 1990 finals.

Italy’s poor performance was encapsulated by the fact they had not gone goalless in a World Cup finals match since the 1998 edition in France.

Italy showed little sign of urgency throughout with misplaced passes and lackadaisical defending.

However, their midfield wizard Andrea Pirlo produced one sublime pass chipped over the top of the Costa Rican defence in the 31st minute which found Mario Balotelli.

The AC Milan striker, though, lofted the ball over the Costa Rican ‘keeper but the ball went wide of the far post.

It was Costa Rica who broke the deadlock with an excellent goal.

Gianluigi Buffon failed to come for a Junior Diaz cross to the far post and Ruiz produced a superb header which beat the 2006 World Cup winning goalkeeper and bounced over the line after hitting the underside of the bar. 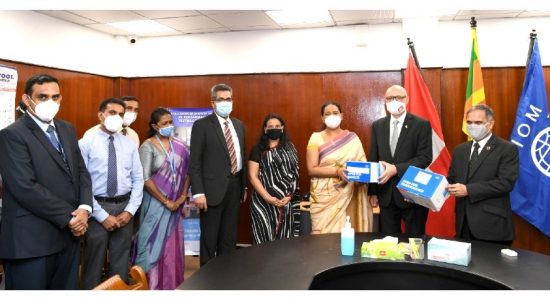