A landslide warning has been issued to the Nuwara Eliya, Kandy, Ratnapura and Kegalle Districts for the next twenty four hours.

The Disaster Management Centre stated that residents  in these areas are requested to remain vigilant.

Meanwhile, the 8 pm night mail train from Colombo to Badulla and the 6p.m. train from Badulla to Colombo were cancelled on Wednesday evening.

The Railway Control Room said that the operations on the route were suspended as an earth embankment had fallen onto the tracks in the Watawala area. 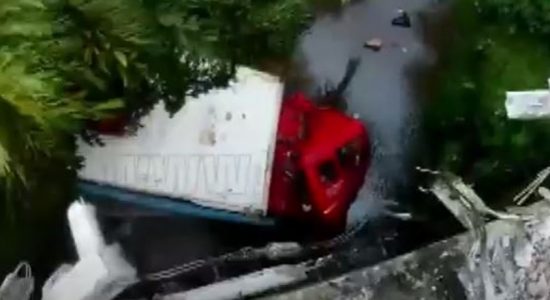