Trains to be delayed; solutions likely after afternoon discussions

Trains to be delayed; solutions likely after afternoon discussions

“Secretary of the Ministry of Transport, Dhammika Perera is scheduled to hold talks with them during the course of the day on Monday. So, we are taking steps to operate train services as per scheduled on Monday after arriving at an agreement with the union. So I’m quite certain that these discussions will help us operate train services as per usual as quickly as possible. Its not that trains are not operating at all. There are also a few shortcomings, but I am certain that we can overcome these shortcomings and provide the train service at its usual capacity.

Meanwhile, the Locomotive Operating Engineers Union says that they will continue to operate train services in accordance with safety regulations.

Its General Secretary, K.A.U. Konthasinghe said that there may be delays in trains on Monday as well.

The General Secretary of the Locomotive Operating Engineers Union stated:

“During the discussion that we held with the Secretary to the Ministry of Transport we discussed the causes of the train delays. One of the key points that we stressed was, operating trains in accordance with the safety regulations and how railway officials assist in reducing or preventing train accidents in the future. We also stressed on the fact that the speed limits of trains and the improvement of signs and the dangers of it. This could also prevent these delays”

K.A.U. Konthasinghe said that discussions will be held on Monday morning with the Secretary of the Ministry of Transport and Railway officials regarding their demands.

“The General Secretary is scheduled to hold discussions with railway officials at 10.30 Monday morning. So based on the agreement that is reached with the officials we hope that we can put a stop to the delays in train services.”

Secretary of the Ministry of Transport, Dhammika Perera meanwhile said that discussions will be held with the relevant officials on the prevailing train delays.

He added that the discussions are most likely to bring an end to the delays. 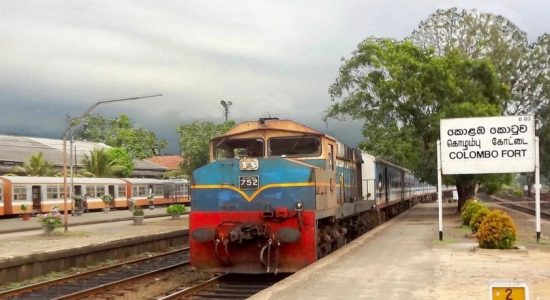