Shabnam Singh, mother of Yuvraj Singh, said her son hates to bat under pressure and relishes playing in a side which enjoys cricket and are relaxed. Royal Challengers Bangalore will play Kolkata Knight Riders in Sharjah today.

“He is very happy to be picked up for RCB because cricket is all about enjoying and that’s what the Royal Challengers Bangalore stand for. All the boys are really chilled out and that’s where he wants to be because Yuvi hates to bat under pressure or anything,” she said in an interview to RCB’s official website.

Asked about her support to her son, Shabnam said, “Whenever he is down and out, it is best to leave him alone instead of pampering him. I try and make him realise that its just the part of the game and he will come out of it. It is a regular part of parent and child and every parent does that.”

“It is very important to support the child. I don’t think so I am different. Mothers are all about fussing over their son and fathers are very harsh. Usually, they are,” she added.

Asked what challenges she faced from her son, Shabnam said Yuvraj was thrown out of every school he attended and most of the teachers expressed unhappiness over his performance in studies.

“I was called so many times to the school and they (teachers) said your child is not doing well, but eventually he decided that cricket was the one sport he wanted to play,” she said. 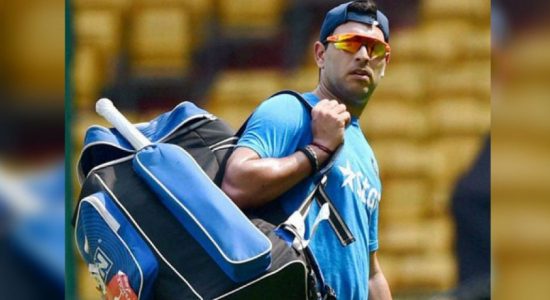