New York-based, Human Rights Watch,  says the Sri Lankan Government’s decision to label 16 overseas Tamil organisations as financiers of terrorism is so broad that it appears aimed at restricting peaceful activism by the country’s Tamil minority.

Human Rights Watch says the government should provide evidence of the unlawful activity of specific groups and individuals or remove them from the list.

The organisation adds that the Sri Lankan Government’s decision to take legal action against individuals having links with the proscribed organisations would place local activists and alleged group members visiting the country, at risk of being detained and held without charge under the Prevention of Terrorism Act.

He added: “This broad-brush sanction could then be used to punish local Tamil activists and politicians with international ties.”

Adams noted: “The government is putting all Tamil activists at risk by de-legitimising the major Tamil organisations abroad.” 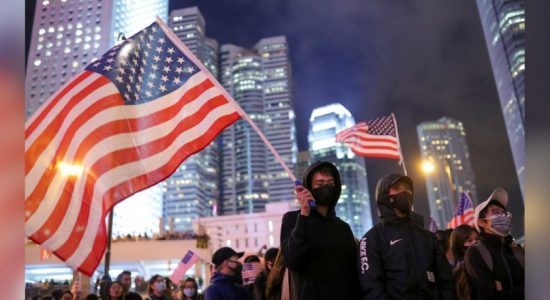 HRW calls for better conditions for migrant workers in Oman

HRW calls for better conditions for migrant workers in Oman

SL made little progress in 2013 in accountability for hum...