A Danish zoo that made international headlines last month when it killed a healthy giraffe is once again in the news after it killed four lions to make way for a new male.

The lions were killed Monday, said Tobias Stenbaek Bro, a spokesman for the Copenhagen Zoo.

Two of those were young lions that were not old enough to survive by themselves and would have been killed by the new male lion if it had the chance.

He said the zoo had tried to place them elsewhere, “but unfortunately there wasn’t any interest.”

The other two are the youngsters’ parents, described by the Copenhagen Zoo as a “very old” breeding pair.

The new male lion was brought from Givskud Zoo, also in Denmark, to form a breeding group with the Copenhagen Zoo’s two 18-month-old females, born on site in 2012.

The zoo had to put down the old lions and their young offspring “because of the natural structure and behaviour” of the lion pride, the Copenhagen Zoo said in a prepared statement.

The newcomer is about three years old, large for his age and healthy, the zoo said. After he’s had a few days to adjust to his new surroundings, visitors will be able to see him.

“He is a beautiful young male and I am certain he will be an impressive ambassador for his species,” zoo chief Steffen Straede is quoted as saying.

He said the three young lions would “be the foundation of the zoo’s next lion era.” 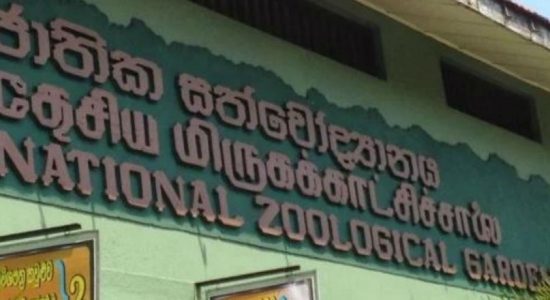 Leicester stays strong in Champions League with victory over Copenhagen

Govt reaches out to caged animals – zoos to change ...