The 2014 budget of the Wattala Pradeshiya Sabha was approved following the second round of voting held on Tuesday.

The demonstrators did not allow the Deputy Chairman and two other members of the Pradeshiya Sabha to enter the premises to cast their votes. Deputy Chairman of the PS said: “You say he is good but we say that he does not let us serve our villages.”

Deputy Chairman of Wattala PS, Lashan Sanjeewa  stated; “This is a sad situation.  Since we have seen this  before we went before the Wattala Magistrate Court. The court ordered that police protection be provided to us. Our democratic rights are being violated before our very eyes. There is no law, the police are not taking any steps.”

UPFA Member of Wattala PS, E.J.M.D. Ruben  said, “We don’t have the right to vote. We are public representatives, we should have this right ..”

UPFA Member of  Wattala PS, Anthony Cooray said, “we came here at 8 a.m.; the chairman had entered the premises at 7.30 a.m. and locked all the gates ..”

After taking into consideration the protests of the Pradeshiya Sabha members, the police attempted to intervene and take the members inside the Pradehiysa Sabha.

Deputy Chairman stated, “the police is attempting to take us inside in an unsafe manner and allow us the opportunity to cast our vote against this budget.  However, they pay no heed when we are assaulted. The police is adopting a perfidious policy ..”

Ruling party members of the Pradeshiya Sabha who were already inside the premises, came out after casting their vote in the second round of voting for the 2014 budget.

Chairman of  Wattala Pradehiya Sabha, R.A. Thiyagaratna notes, “there were no padlocks anywhere.”However, the Chairman made a contradictory statement soon afterwards ..

Chairman of Wattala Pradehiya Sabha, R.A. Thiyagaratna  said, “We padlocked the entrance so that the crowds wont be able to come inside. If around 2000 people came inside and something happened, then I would be responsible for it ”

The chairman reiterated that he did not in anyway attempt to stop the Pradehiya Sabha members from entering the premises.

Chairman of Wattala PS, R.A. Thiyagaratna  also noted, “we did not stop the three members of our party. They witnessed the crowds and went away.  How did the members of the opposition enter the premises, all seven of them were present?”

Meanwhile, the JVP member of the Wattala Pradeshiya Sabha also  failed to attend the second round of voting due to the protest.

Jude Christopher JVP Member of Wattala Pradeshiya Sabha said: “We are against this, we will not accept this budget. this was passed through force and in a dictatorial way. ”

UNP Member of Wattala PS, Nimal Perera  stated: “We could not enter, there were thugs and the gates were sealed shut. The members of the ruling party had entered and they had begun proceedings. We were able to enter somehow. They attempted to conclude the session by 9.40 but we protested.

The ruling party members left, the thugs came in thereafter and attempted to chase us away, but we remained in the premises. The group then returned with the chairman and the vote was held at around 10am. If a democratic vote was held today then the budget of the Wattala Pradeshiya Sabha would have been defeated .”

Eight votes were case in favour of the budget while seven votes were cast against the 2014 budget of the Wattala Pradeshiya Sabha. 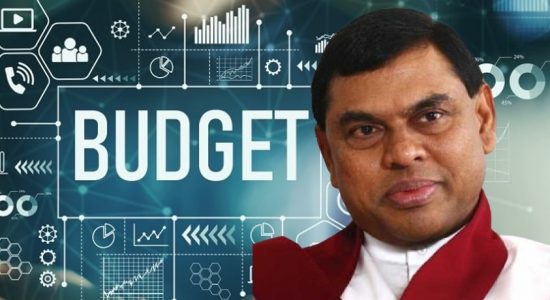 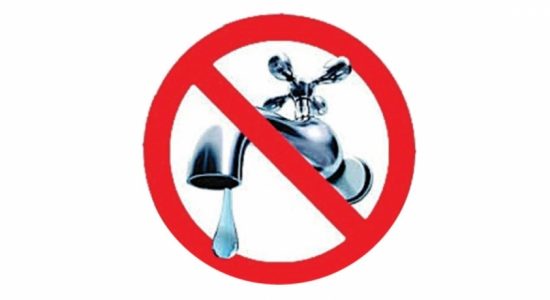