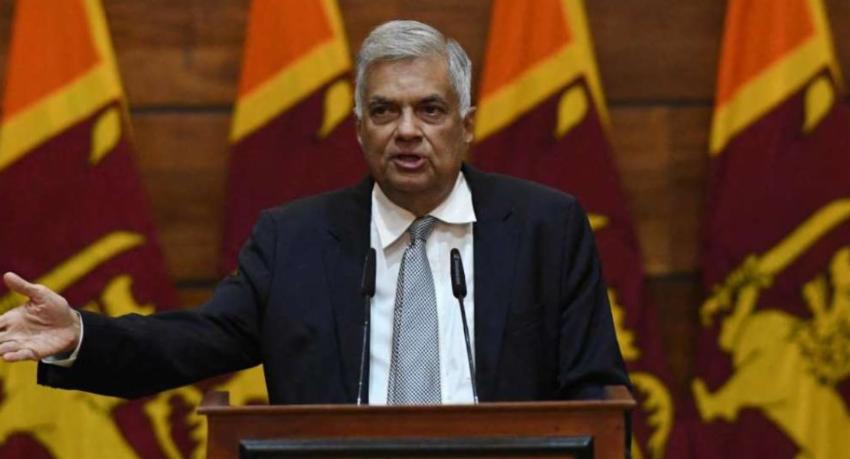 COLOMBO (News 1st) – Sri Lankan President Ranil Wickremesinghe on Monday (5) said that Japan is the first choice when it comes to giving out the East Container Terminal at the Colombo Port.

"Why don't we develop and become a logistics centre? When I last tried to develop the Colombo Harbour and tried to give out the East Terminal, there was a big debate, as to I am trying to sell the country. Now we have given the West terminal out. Very good, but if you really want to get going, you have to give the East terminal out. We've given the first choice to Japan. If they don't, we'll ask the others to come," he said.

The President also noted that the Colombo port must be the busiest port in South Asia. "The small port won't do so when you get full. We are now thinking of expanding the Colombo port all the way to Ja-Ela."

President Ranil Wickremesinghe speaking on plans for reforms said he had none, adding that for reforms, the country must have an economy.

"What do we do after stabilization? What is the plan for reform? Frankly, I have no plan for reform. I don't know in the crisis, if reforms can work. to reform, we must have an economy," he said.

"What do we face in the future? Whatever relief we get from our debtors, multilateral debtors, creditors and also from private creditors we have to pay this money back longer term. Then remember, for the next few years we have to borrow money," stressed President Wickremesinghe.

"Our trade balance is not in our favour. So are we going to rebuild the same structure and come down again much faster? Therefore, I thought it's not worth reforming it. So I personally have no plans for reform and the government will not have plans for reforms. We want to build a new economy an economy that will face 2050. Is the private sector ready for it? That's the only question I have to ask you. Are we ready for it? Are we going to take up the challenge? Shall we take the pain that comes with it? Or are we going to hide again? The Ostrich cannot put its neck under the carpet all the time and sometimes it has to come out. What have you got? We have to earn Foreign exchange, Foreign exchange, foreign exchange. Why can't we have a balance of trade? Why can't it be in a surplus? Can you put in to a surplus? If not, we can’t survive," he explained.

President Ranil Wickremesinghe also noted that Sri Lanka must become highly competitive to join the rest of Asia to compete with China, Japan, Korea, and even India.