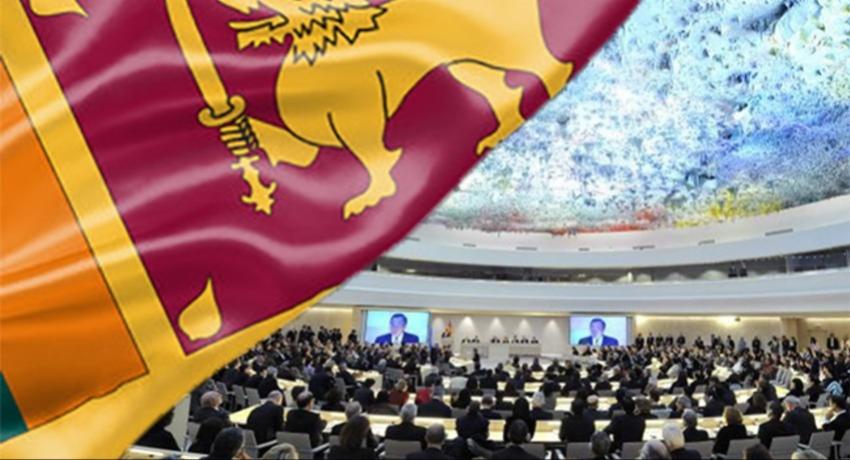 COLOMBO (News 1st) – The Core Group at the UN Human Rights Council is preparing to bring forward a resolution on Sri Lanka on Thursday (6).

Sri Lanka's Foreign Minister Ali Sabry told reporters from Geneva that human rights is being used as a tool to perpetually keep Sri Lanka in the agenda.

Ali Sabry said that though the wider membership of the UN Human Rights Council is 193, and they are overwhelmingly sympathetic towards Sri Lanka, the voting membership is 47 which is dominated by the power of the Core Group.

The Minister said that Sri Lanka will be facing a difficult situation at the UNHRC vote on Thursday (6), however said that the country 'will continue to resist this together with our friends.'

Sri Lanka gearing to respond to the resolution at the 51st session of the UN Human Rights Council in Geneva on Thursday (6).

The Core Group at the United Nations Human Rights Council has produced a 19-point resolution on Sri Lanka.

This is a draft resolution and it has received the support of thirty other countries.

The first two points in the draft resolution have welcomed Sri Lanka's engagement with the Office of the UN Human Rights Commissioner.

However almost nine of the nineteen points mentioned in the draft resolution express serious cocern over the economic crisis and the recent violations of human rights in Sri Lanka.

The draft resolution expresses concern at the human rights impact of the economic crisis, including as a result of increased food insecurity, severe shortages in fuel, shortages in essential medicines and reductions in household incomes.

The Core Group also expresses concern at other human rights developments since April 2022, including violence against and the arrests of peaceful protestors, as well as violence against government supporters, resulting in deaths, injuries, destruction and damage to the houses of members of Parliament.

It also calls upon the Government of Sri Lanka to address the ongoing economic crisis, including by investigating and, where warranted, prosecuting corruption, including where committed by public and former public officials, and stands ready to assist and support independent, impartial and transparent efforts in this regard.

The Core Group calls upon the Government of Sri Lanka to protect civil society actors, including human rights defenders, to investigate any attacks and to ensure a safe and enabling environment in which civil society can operate free from hindrance, surveillance, insecurity and threat of reprisals.

Interestingly, the report of the UN High Commissioner for Human Rights reported on Economic Crimes that have taken place in Sri Lanka.

Sri Lanka's Foreign Minister Ali Sabry PC said if anyone is responsible for economic crimes, they will be dealt with according to the law of the country.

He said Sri Lanka does not accept the term Economic Crimes mentioned by the UN Human Rights Commissioners report, and what Sri Lanka requires now is Economic Reforms.

The Foreign Minister said that the UNHRC does have the expertise to educate Sri Lanka on Economic Reforms.

He said it is the IMF and the World that possess the expertise in economic reforms.