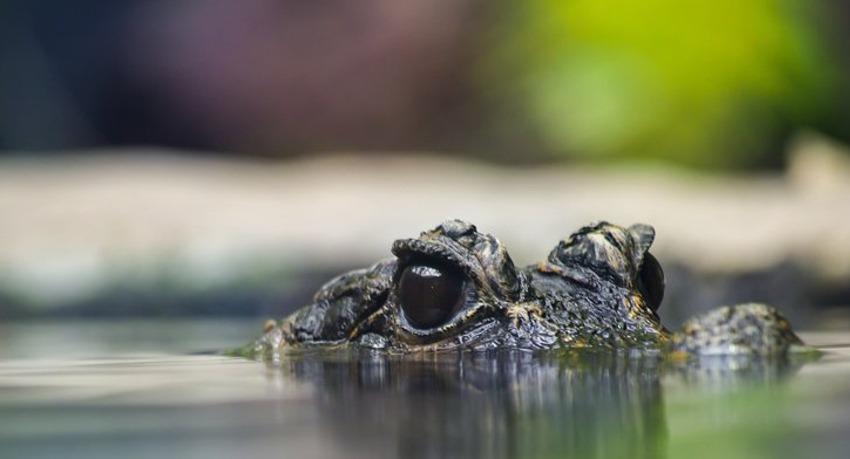 COLOMBO (News 1st) – More details have surfaced about a headless corpse that was dragged away by a crocodile in Akuressa, in Sri Lanka's south.

The presence of Crocodiles in Hulandawa, Akuressa doesn't usually shock the local residents, however, what they saw in the Nilwala River on Wednesday (28) evening, had sent shivers down their spines.

Residents of Pathovita in Hulandawa were shocked when they saw this crocodile dragging the headless corpse of a man in the Nilwala river.

The crocodile with a headless corpse between its teeth had attempted to come ashore on Wednesday (28) evening, however, it swam back into the depths of the river after seeing a large crowd on the river bank.

Attempts by the area residents to locate the body on Thursday (29) were unsuccessful.

The area residents identified the clothes on the corpse being dragged around by the crocodile as those belonging to Palanisamy Aarumugam who was reported missing on Wednesday (28).

Palanisamy a father of two was a daily wage earner at a Katupol Plantation.

Since his daily income of between  700 to 800 rupees was not sufficient to feed his children he had taken up fishing to make ends meet.

What is even more unfortunate was that he had not gone to work on Wednesday (28) due to an injury, and decided to go fishing as he had no other way to feed his children, since his wife too had left them.

Arumugam who went fishing to feed his kids never came back.

Arumugam was well aware of the threat posed by crocodiles in the river but was desperate as he had no other way to feed his children.

The loss of this single parent has now left two small children all alone in this world, with no one to take care of them.