COLOMBO (News 1st) – The Sri Lanka Podujana Peramuna has decided to strip the SLPP Local Government Member who was arrested over the Thambuttegama Bank Heist of his party membership.

SLPP General Secretary Attorney Sagara Kariyawasam told reported on Wednesday (28) that the matter was internally probed on Tuesday (27), adding that necessary action will be taken against the local government member if it is proven via an investigation that he is responsible for the crime.

Sri Lanka Police said that a Sri Lanka Podujana Peramuna Local Government Member from the Rajanganaya Pradeshiya Sabha was arrested for aiding and abetting in the crime.

The suspect is a 44-year-old resident from Rajanganaya.

A Sri Lankan Police Officer has been hailed a hero after he valiantly stopped two men from making a getaway with over Rs. 20 Million.

The money was being moved to a private bank in Thambuttegama on Monday (26) afternoon when two men on a motorcycle attempted to steal the money at gunpoint.

The suspects were identified as residents from Thambuttegama, and one of them served as a Security Officer at the Private Bank in question.

They attempted to steal Rs. 20 Million from a wholesale businessman based in Thambuttegama.

All suspects involved in the crime were remanded until the 10th of October 2022. 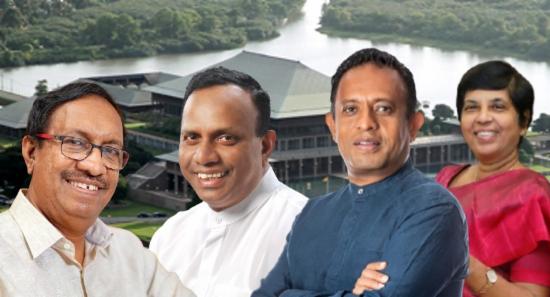