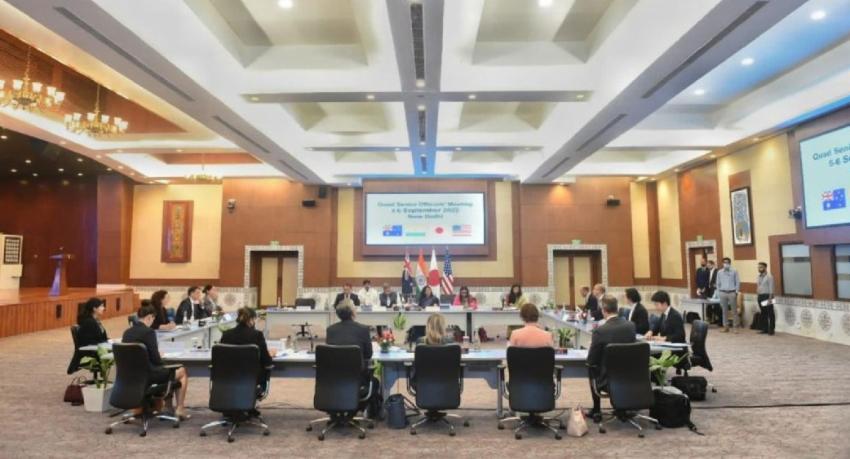 COLOMBO (News 1st); Shared concerns over China’s moves in both the Indian Ocean Region and the Pacific Island countries, as well as the situation in Sri Lanka, were discussed during the Senior Officials Meeting (SOM) of Quad countries, The Hindu reports, citing diplomatic sources.

According to the Ministry of External Affairs of India Spokesperson, Arindam Bagchi, senior officials from the Foreign Ministers of Australia, India, Japan and United States discussed regional and global developments, reaffirming their vision for a free, open and inclusive Indo-Pacific, in the meeting which was held in New Delhi,m and ended on Tuesday (6).

Meanwhile, the QUAD senior officials have also discussed the need to share information on possible security concerns in the Indo-Pacific maritime sphere, and “maintaining the rule-based global order”.

These discussions come in the wake of Solomon Islands refusing entry for US Coast Guard vessel Oliver Henry and the British navy patrol boat HMS Spey while taking part in Operation Island Chief, which patrols for illegal fishing, and the Chinese research vessel Yuan Wang 5 in Sri Lanka, which created a diplomatic standoff between the three countries.

However, the QUAD officials said that it was “erroneous” to portray their discussions as seeking to “counter or contain” China.