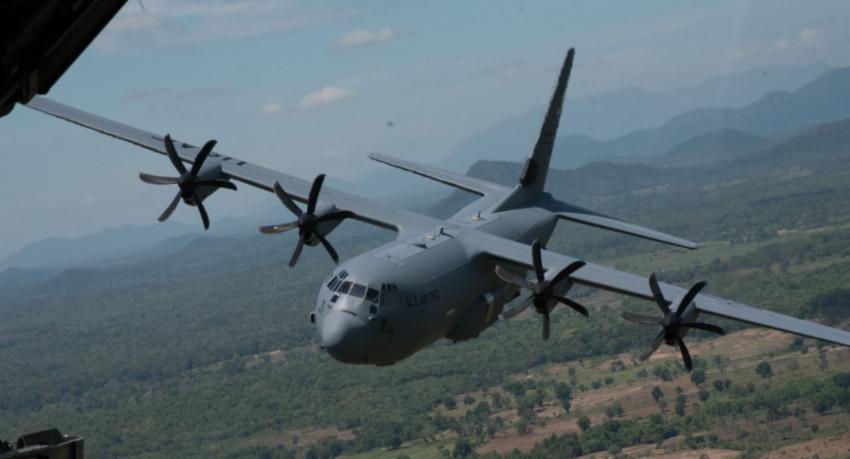 Just 34 miles off the coast of India at its closest point, Sri Lanka aims to further professionalize its Armed Forces and capabilities at a moment when PACAF is seeking to strengthen regional partnerships.

The Sri Lanka Air Force, 30,000 strong, has sought to work more closely with PACAF and is willing to participate in some exercises of the Quadrilateral Security Dialogue, commonly known as “the Quad” grouping, which includes Australia, the United States, Japan, and India.

“We are very concerned about the status quo of the region,” Sri Lankan defense attache Air Vice Marshal Sampath Wickremeratne told Air Force Magazine in a recent meeting at the Embassy of Sri Lanka in Washington, D.C.

“We are very careful, and we do not agitate [any] of the power players in our region,” he said, stressing Sri Lanka’s unaligned status. However, Sri Lanka is worried about shifting security trends in the Indo-Pacific. “There was a status quo, then China coming up with their programs. They are building influence in the region.”

Wickremeratne acknowledged that the United States’ presence in the Indian Ocean traces to the 19th century, and he described China as a “close distant friend,” reflecting its close ties to Sri Lanka while geographically separate.

Sri Lanka’s territorial defense force consists of fewer than 10 fighter jets divided into two small squadrons of Israeli Kfir and Chinese Chengdu F-7G fighters, a licensed version of the Soviet MiG-21 that had been used to contain terrorist groups in the north and east of the island during the insurgency.

The Sri Lanka Air Force’s transport fleet includes two grounded C-130s that lack spare parts due to past U.S. sanctions, the attache said. It relies instead on the Soviet-era Antonov AN-32 and the Chinese-made Xian MA-60. Its helicopter fleet is a mix of Eastern and Western origin, including the Soviet-era Mi-17, Mi-24, and Mi-35 and the American Bell 212, Bell 412, and Bell 206.

During the years of internal fighting, many Western countries distanced themselves from defense ties with Sri Lanka, but the country now aspires to reengage globally and strengthen its ability to patrol its territorial waters, which are often used for drug and human trafficking, and illegal fishing.

“We use the satellites and the cloud, and we monitor the dark ships,” Wickremeratne said of illegal vessels.

“For drugs, people recently have used Sri Lanka as a hub for transiting from east to west, from the Afghanistan side to [the Association of Southeast Asian Nations] side,” he said. “The Air Force plays a very big role in that because of the speed, reach, and the height. We are able to react sooner than the other forces.”

Now, Sri Lanka aims to develop its transport and ISR capabilities to better respond to humanitarian and disaster relief and to enhance maritime surveillance, an area where PACAF has shown interest in strengthening collaboration.

One way the attache said Sri Lanka can more closely support PACAF’s goals is by allowing the placement of ISR assets such as the U.S. Department of Transportation application SeaVision or Hawkeye 360, a commercial company that gathers radio frequency data from satellite constellations.

“We are getting a lot of support on maritime security,” Wickremeratne said of ties with the United States.

Sri Lanka’s position on participating in Quad activities, and to a lesser extent, those of the newly formed AUKUS group of Australia, the United Kingdom, and United States, is delicate. Sri Lanka agrees with the group’s objectives to maintain the international order, including maritime boundaries, in contrast to China’s numerous, ongoing maritime disputes and aggressive action in the air and the sea.

“Whatever the security structures that are going to be placed in the Indian Ocean region, we would like to play a part of it, but not in a very military angle,” he said, proposing subject matter exchanges, technology, and intelligence sharing. “Anything that we can take and make our territorial security more powerful.”

Inquiries to the PACAF Sri Lanka desk officer were referred to U.S. Indo-Pacific Command, which did not respond to requests for comment by Air Force Magazine.

“All we’re trying to do is help every country take whatever the next step is for them,” Wolfe told Air Force Magazine at the recent Senior Enlisted Leader International Summit outside Washington, D.C., which did not include the participation of Sri Lankan enlisted officials.

“There’s a very loosely tied, like-minded group of countries that each country for a different reason engages at a different level,” he said. “If they have fears about the geopolitical environment, [we need to] try to allay those fears the best we can, and then find what is the next step for them.”

On the enlisted development side, PACAF aspires to help Sri Lanka grow the education and retention of its enlisted corps with opportunities to reach leadership positions. Wickremeratne admitted that after the country’s conflict period, many former soldiers were released into society without job opportunities.

“Interoperability is the main thing that we want with all of the countries, and Sri Lanka is no different,” he said. “Humanitarian assistance and disaster relief is our most likely five-meter target, the most likely need. I mean, that can happen tomorrow, right