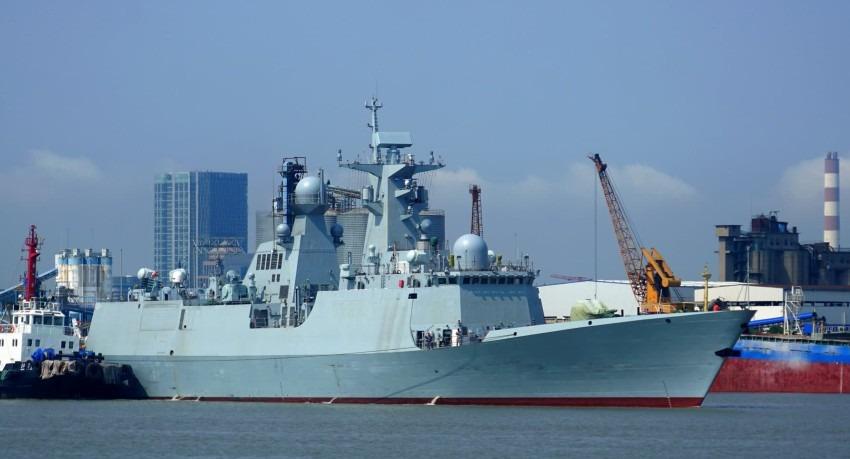 COLOMBO (News 1st); Sri Lanka has allowed permission to the Chinese built-Pakistani guided missile frigate PNS Taimur to make a port call at Colombo while on its way to join the Pakistan Navy in Karachi.

Build by Hudong-Zhonghua shipyard in Shanghai, the warship is on its maiden voyage to Pakistan while exercising en-route with Cambodian and Malaysian navies. The ship is expected to be at Colombo port from August 12-15, 2022.

According to diplomatic sources, India’s close ally Bangladesh denied permission to PNS Taimur as August is a month of mourning for Sheikh Hasina as her father, Sheikh Mujib-ur-Rehman also fondly called Bangabandhu, was assassinated by Pakistan instigated and Jamait-e-Islami inspired radical Islamist forces on August 15, 1975.

Prime Minister Sheikh Hasina is scheduled to make a trip to India in the first week of September and along with PM Modi will launch the jointly developed 1320 Mega Watt Maitree Super Thermal Power Project at Rampal in Khulna sub-division.

China is also building eight Yuan class -041 diesel attack submarines for Pakistan by 2028 with the objective to militarily flank India on high seas.

The Tughril-class frigates, formally classified as the Type 054A/P frigates, are a series of modified guided-missile frigates currently being built by Hudong–Zhonghua Shipbuilding (HDZH), for the Pakistan Navy.

The Type 054A/P is a modified derivative of the Type 054A frigate and was specifically customized to meet the operational requirements of the Pakistan Navy; the class features several capabilities – including anti-surface warfare (ASuW), anti-aircraft warfare (AAW), anti-submarine warfare (ASW) and low radar observability.

The frigates are poised to form the mainstay of the Pakistan Navy's active naval fleet. The class is also set to supplant Pakistan's obsolete Tariq-class destroyers.

The frigates are equipped with a flight deck and an enclosed aviation hangar, capable of accommodating a single Z-9 or the Kamov Ka-27 medium-lift helicopter, or unmanned aerial vehicles (UAV).