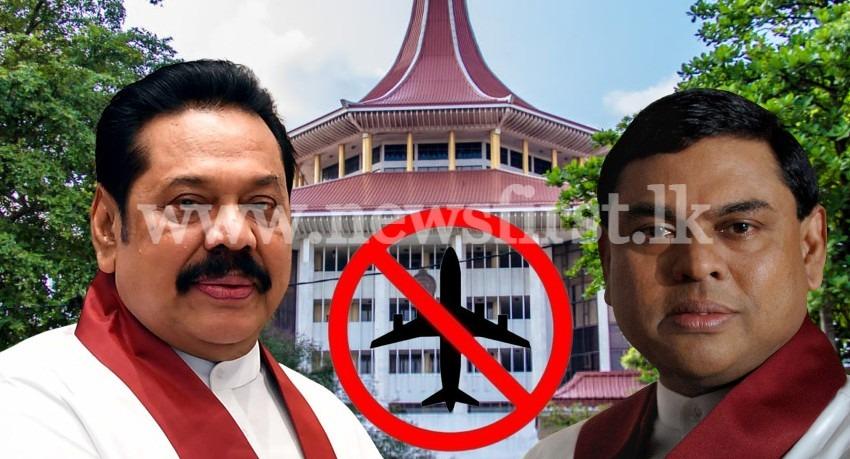 COLOMBO (News 1st); The overseas Travel Ban imposed on Ex-President of Sri Lanka Mahinda Rajapaksa and Ex-Finance Minister Basil Rajapaksa was extended to the 11th of August by the Supreme Court on Wednesday (3).

The order was made after two Fundamental Rights applications seeking an order on the current government to launch an investigation against all those responsible for the present economic crisis, was taken up for consideration for the second consecutive day.

The applications were considered in the presence of Chief Justice Jayantha Jayasuriya, and Justices Buwaneka Aluvihare, Vijith Malalgoda, L. T. B. Dehideniya, and Murdu Fernando.

Counsel appearing for the petitioners told the Court that Ex-Governor of the Central Bank Ajith Nivard Cabraal had misled the general public by concealing the real status of the economy, and stating that eveything was positive despite being well aware that the country was in a bankrupt position.

The FR applications by Transparency International Sri Lanka, Chandra Jayaratne, Jehan CanagaRetna, and Julian Bolling claims that the respondents named in the petition are directly responsible for the unsustainability of Sri Lanka’s foreign debt, its hard default on foreign loan repayments, and the current state of the economy of Sri Lanka.