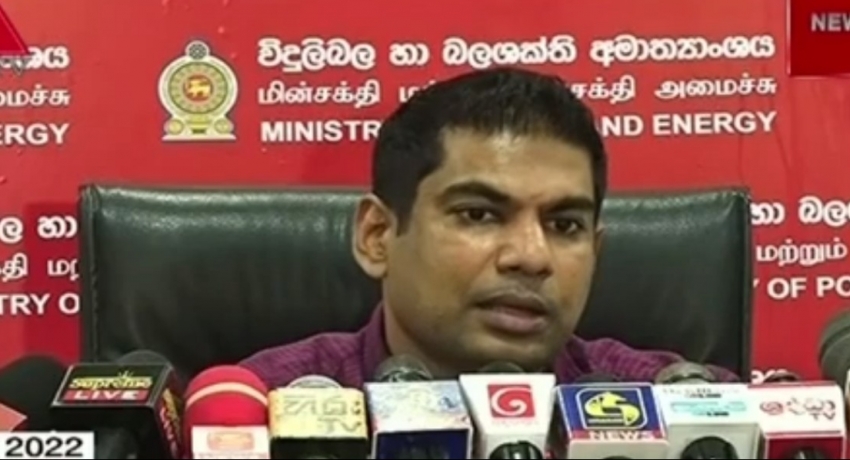 COLOMBO (News 1st); The Minister of Power and Energy, Kanchana Wijesekara says that a guaranteed weekly fuel quota will be allocated.

Speaking during a press conference held with regard to the distribution of fuel, today (16), the Minister said that it was decided before to distribute fuel under a limitation, however it was proven to be impactical.

He further stated that due to many parties illegally stockpiling fuel, it had become a challenge to distribute fuel accordingly.

Minister Wijesekara said that required amount of fuel will be granted for buses and trains, yet all private vehicles will have a fuel quota implemented on them.

He also mentioned that all citizens can register for the fuel pass service at fuelpass.gov.lk under one’s NIC, passport number or the business registration number.

However, he requested for the public to register on the website within the next few days without causing any congestion.

According to the Minister, when a person registers for the fuel pass on the website, a QR code will be issued for each and every single person after verifying the details.

The Minister emphasized that ONLY ONE vehicle can be registered under a single verification number, and requested the public to add their vehicle number as well as their chassis number in order to verify details.

Filling station workers will also be trained with regard to the QR codes, while all vehicles have been classified under six categories to obtain fuel.

Minister Wijesekara also requested the public to not to queue up at fuel stations as fuel will only be distributed only after both Petrol and Diesel shipments arrive into the country, and fuel will also be distributed according to the QR code issued.

Another system concerning the last number of vehicle registration number will be implemented, the Minister added, mentioning that two days of the week will be allocated for vehicles. Although this method will not be immedieately implemented, it will be implemented alongside the QR code system in time, he stated.

He mentioned that a special program will be implemented for fuel for essential services, while the CBSL has stated that it can only allocate about 150-200 million USD to import fuel.