In a statement he said that it is the responsibility of the armed forces to protect the people who are engaged in the struggle, and the Sri Lankan population.

He requested the Inspector General of Police and the Commanders of the three-armed forces to show restrain and NOT to respond with weapons during protests.

Maithripala Sirisena said that the President, and the Acting President has not mandate at all, and one must think twice before executing their directives.

He further called on the people to consider that state property as their own, and NOT to destroy them. 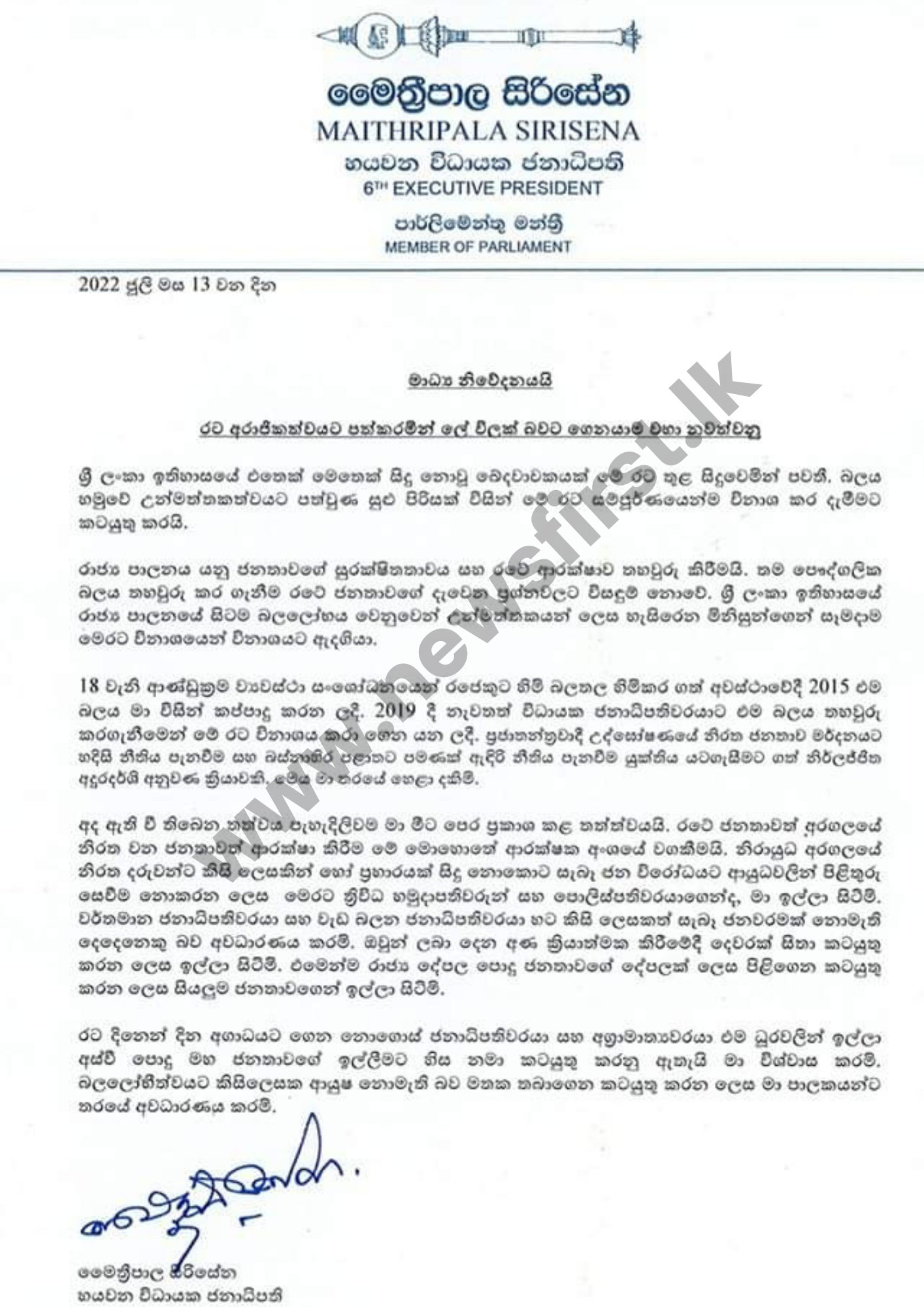