COLOMBO (News 1st); The Church of Ceylon has called for the immediate resignation of the President and the Prime Minister.

The Church of Ceylon said that the President has to take personal responsibility for driving this country to a state of bankruptcy and a term of office can only be
legitimate if the people still have confidence in the individual.

The overwhelming call for his resignation from Religious leaders, to Civil society and the average man and woman on the street is a clear reflection that he has no mandate to govern this country anymore, it added.

The Church of Ceylon calls for the immediate resignation of the Prime Minister who never had the legitimacy to hold office, noting that it is clear that there is no plan and no action to revive the economy other than the people having to tighten their belts and die in queues.

Any Government which cannot command the confidence of its own people will not stand a chance in commanding the respect of outside governments or funding agencies, the statement said.

The Church of Ceylon called for the formation of a truly representative interim administration which can regain the confidence of our own people and that of the international community. Such administration will be called to manage the present crisis swiftly while devising suitable short, medium and long-term strategies for economic revival.

In addition, the Church of Ceylon called on the police and armed forces to act with discernment and restraint in the next few days as the people are agitating for their lives and livelihood to be restored. 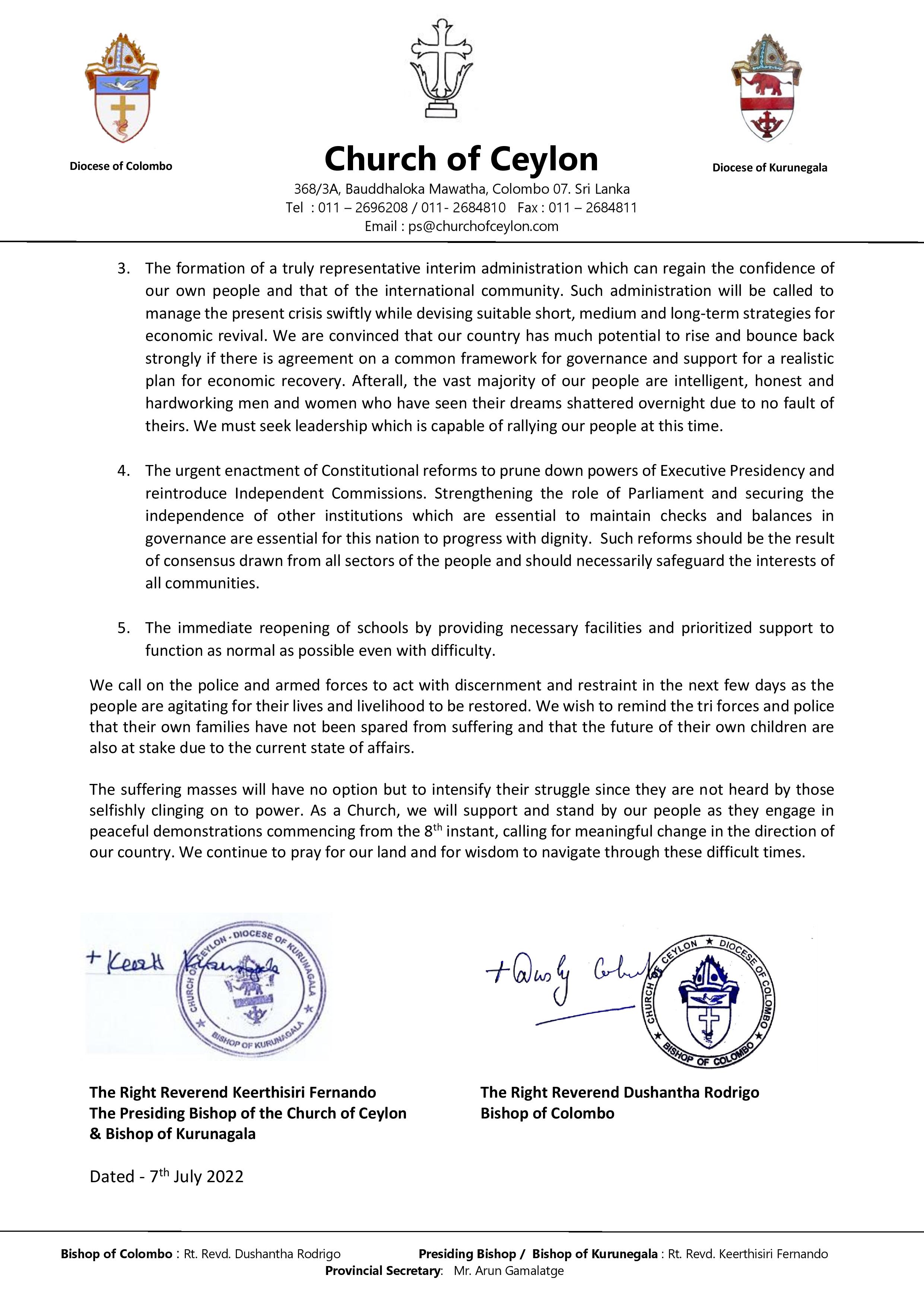