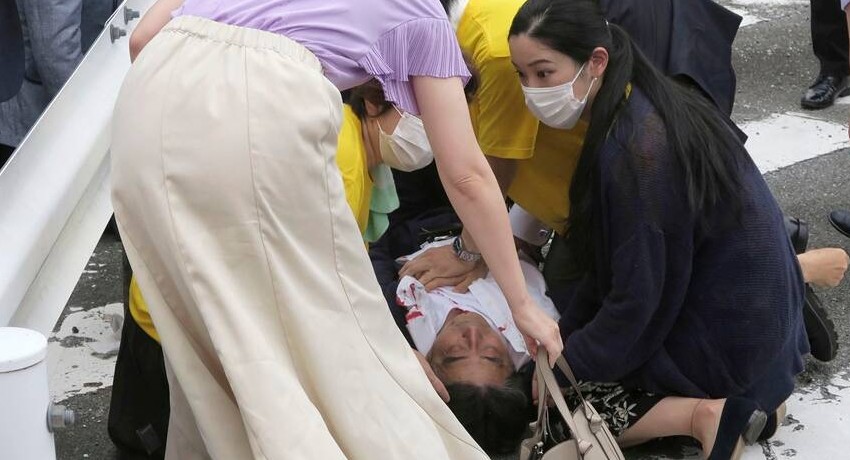 Shinzo Abe, Japan’s longest-serving Prime Minister, was shot at during an election campaign in western Japan’s Nara city and is reportedly in heart failure, said a Reuters report quoting the NHK public television on Friday (8).

The Nara fire department said that Abe was in cardiopulmonary arrest before he was taken to the hospital.

It said that the broadcaster aired footage showing Abe collapsed on the street, with several security guards running toward him.

In the video, Abe is seen holding his chest as he collapsed and his shirt is seen smeared with blood. The report said that the 67-year-old Abe was rushed to a hospital.

A male suspect has been captured by the police, reported Japanese media. He appears to have shot at the Prime Minister from behind with a shotgun.

Shots were heard and a white puff of smoke was seen as Abe made a campaign stump speech outside a train station, NHK said.