COLOMBO (News 1st); The investigation by the Human Rights Commission of Sri Lanka (HRCSL) into the Rambukkana Shooting revealed that the death of Chaminda Lakshan was the result of excessive use of force by Police Officers and cannot be legitimately justified by the Police, especially in the absence of any threat by the deceased to the police officers.

The report said that the gun shot injuries sustained by the people in the vicinity of the protest site particularly whose shots have been sustained from back to front, indicate that the police officers used force excessively and longer than it is necessary.

The Committee of Experts investigation revealed the following findings:

ii. One out of the four Police Officers has received his weapon a day prior to the date of incident at hand, (18th April 2022) where there was no or very low
propensity for violence to erupt during the protests.

iii. Out of the four Police Officers who have been summoned for inquiries at the Commission, two of the Police Officers had very little knowledge on the operation of the lethal weapons they have thus received to be used as a means of crowd controlling and has also not received updated and adequate training on the use of such lethal weapons prior to deployment.

iv. Further, one Police Officer stated during the inquiry that he is too old to effectively handle a T56 weapon and is incompetent of shooting.

The Human Rights Commission of Sri Lanka recommends to immediately hold a disciplinary inquiry against SSP K.B Keerthirathne, who ordered
the police officers to shoot.

HRCSL issued strict guidelines and directives to Sri Lanka Police as mentioned below;

i. Abstain from providing police officers who are inadequately trained on the use of lethal weapons, with lethal weapons such as T56 firearms.

ii. Abstain from deploying police officers who lacks the required skills on using lethal weapons during a crowd dispersal operation, to disperse mass congregations of people engaged in protests.

iii. Frequently provide the necessary up to date trainings on the use of lethal weapons to Sri Lanka Police officers, as per the fundamental rights and the
international human rights obligations undertaken by Sri Lanka.

iv. Abstain from using excessive force on persons exercising their constitutionally guaranteed right to peaceful protest and ensure the police officers uphold basic
principles of respecting and protecting human rights, in their indispensable efforts to uphold rule of law. 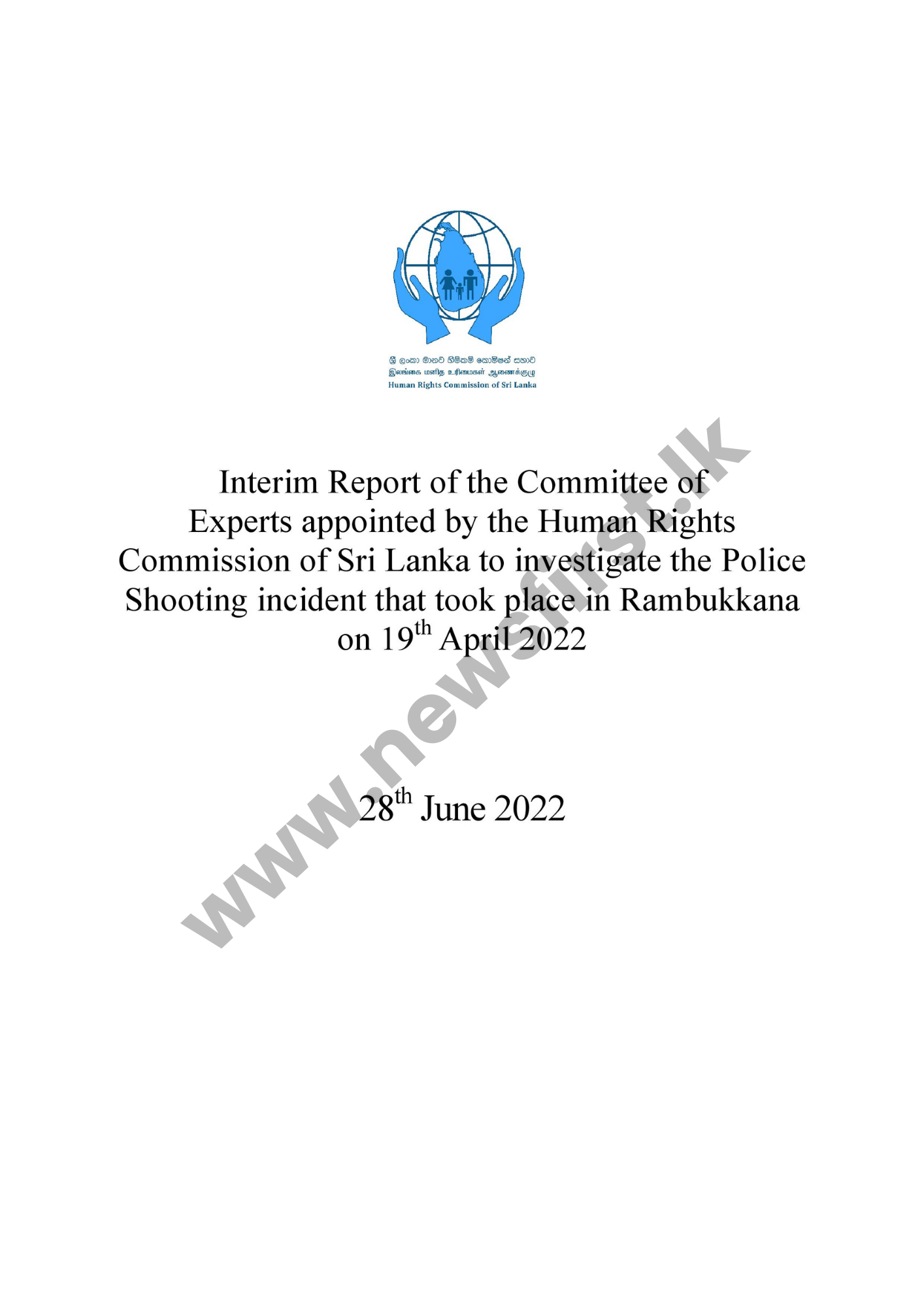 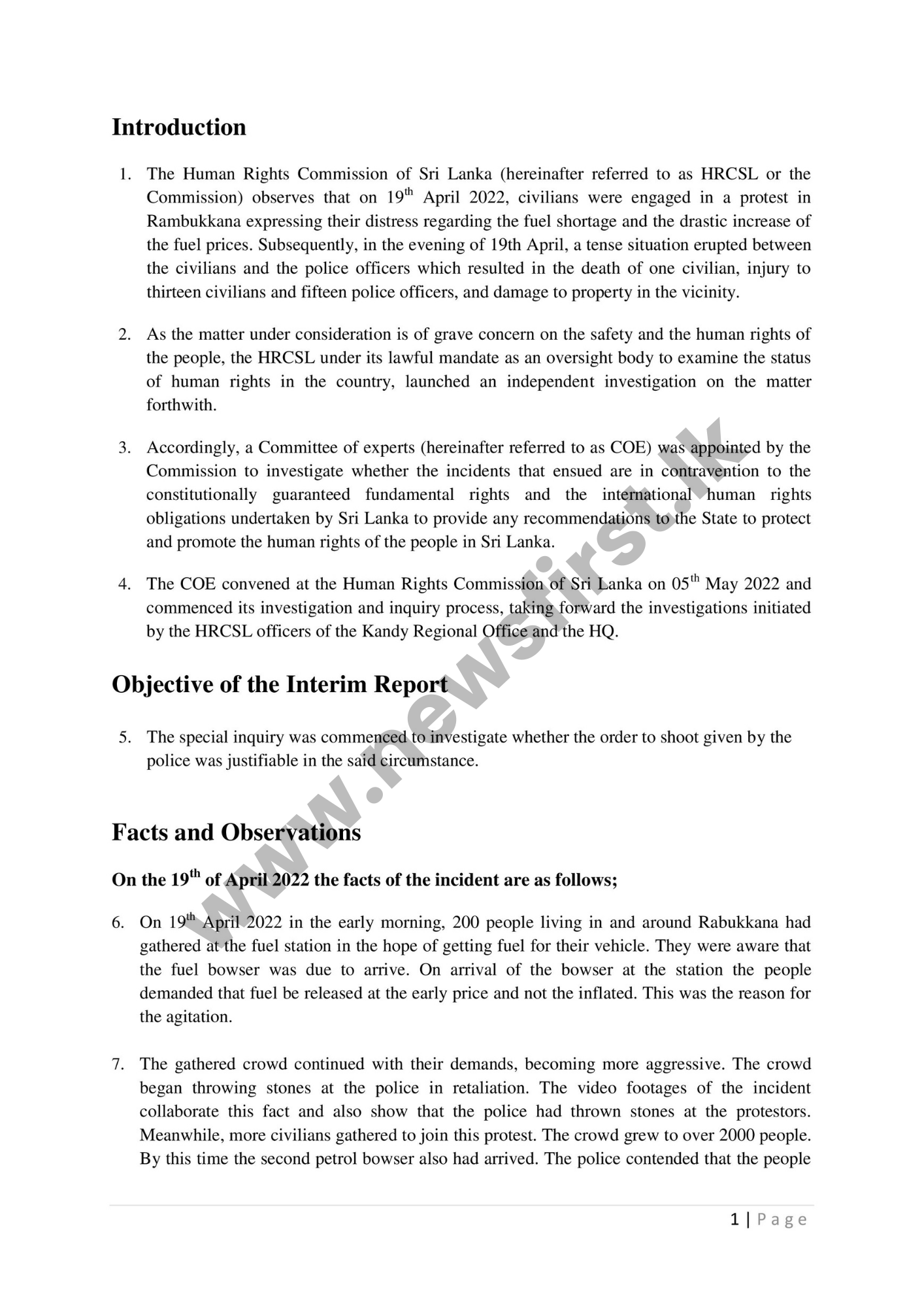 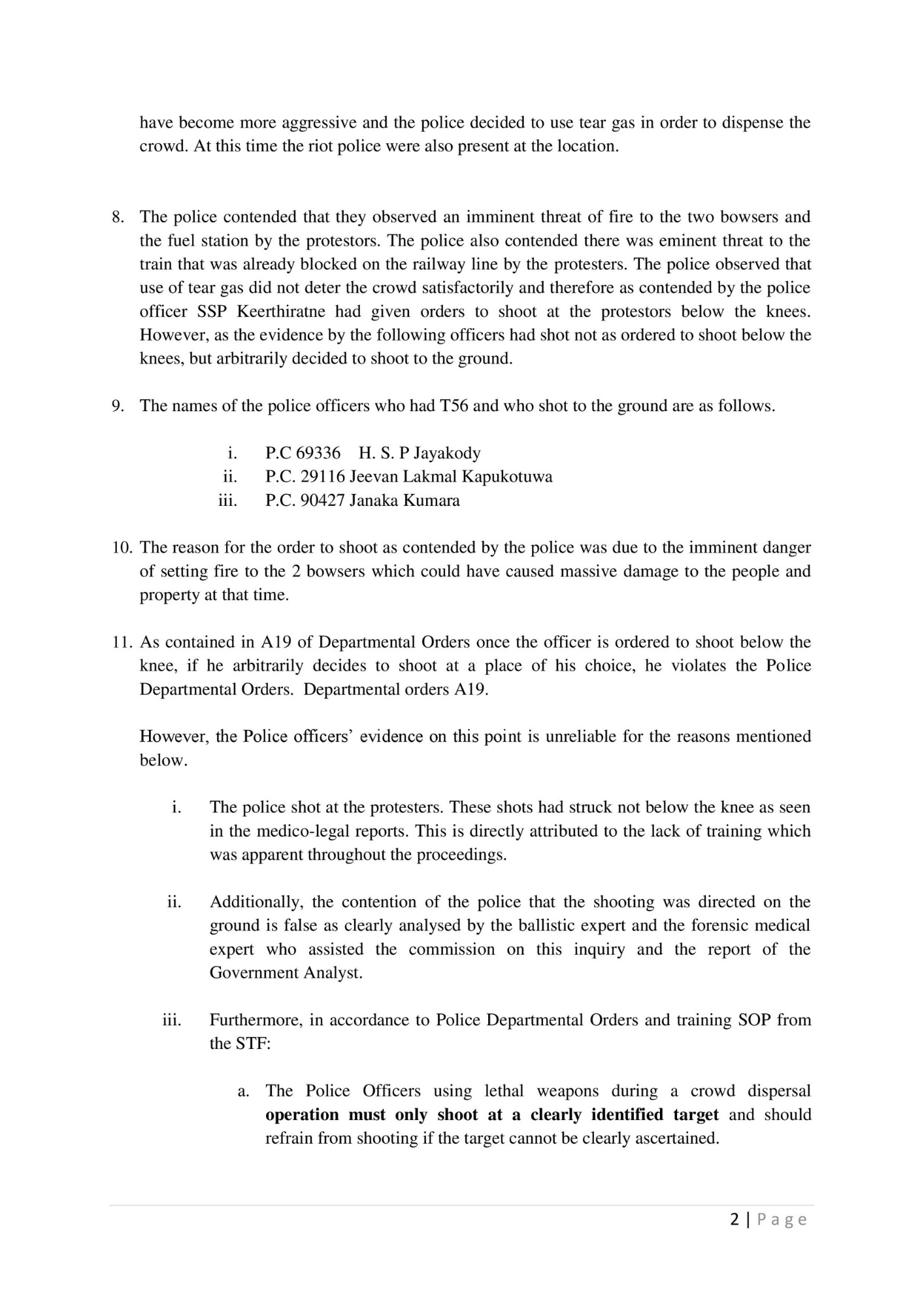 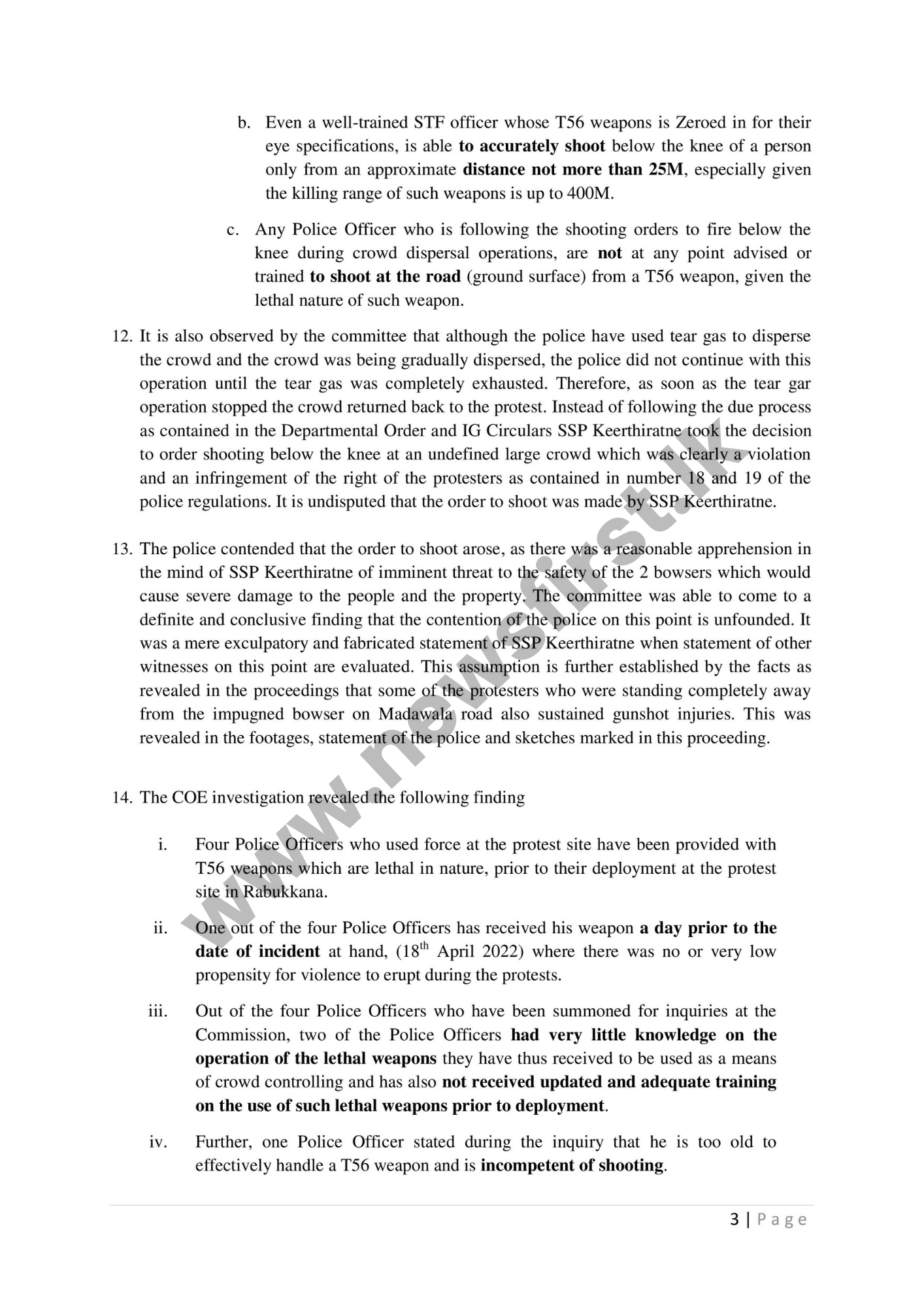 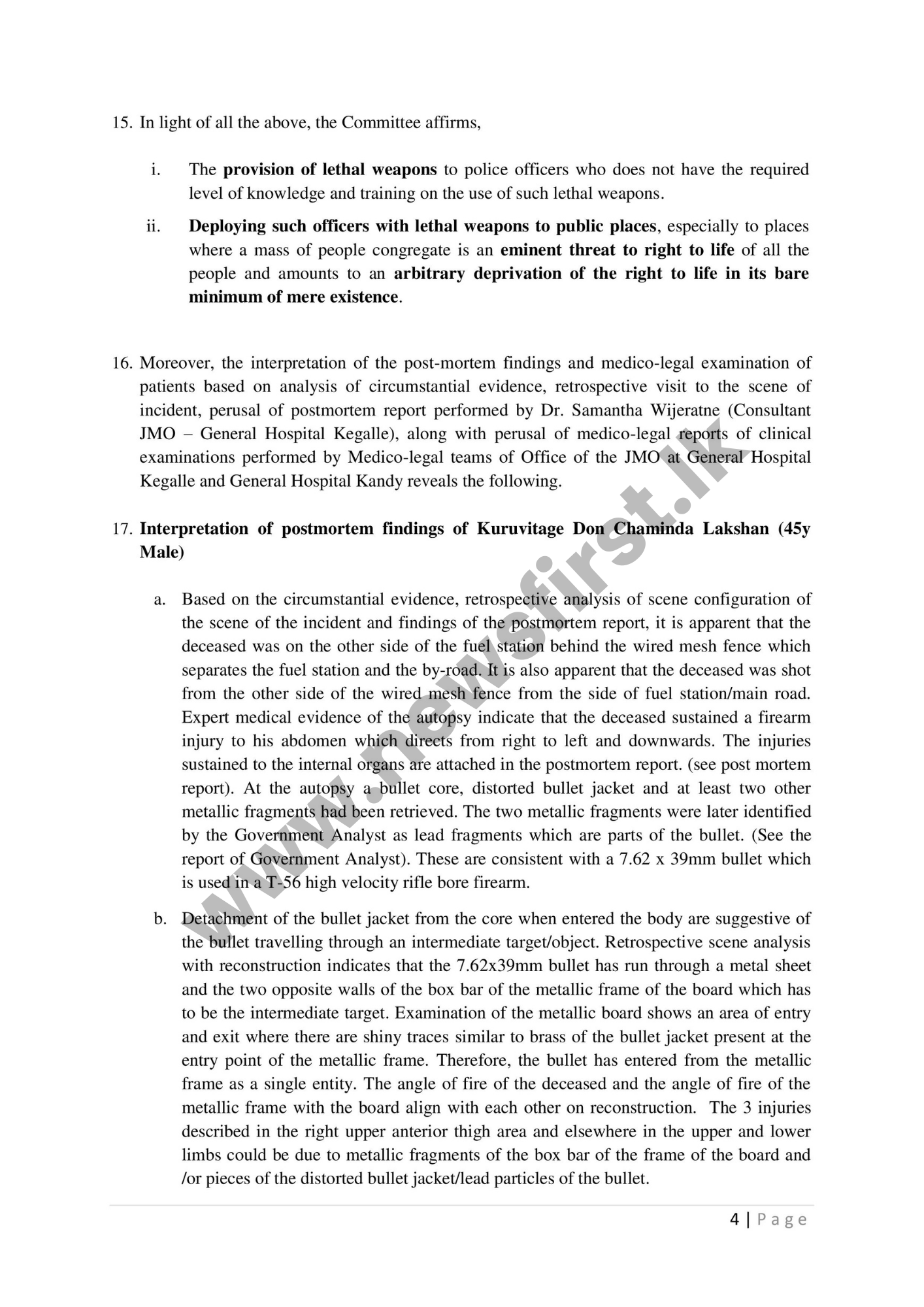 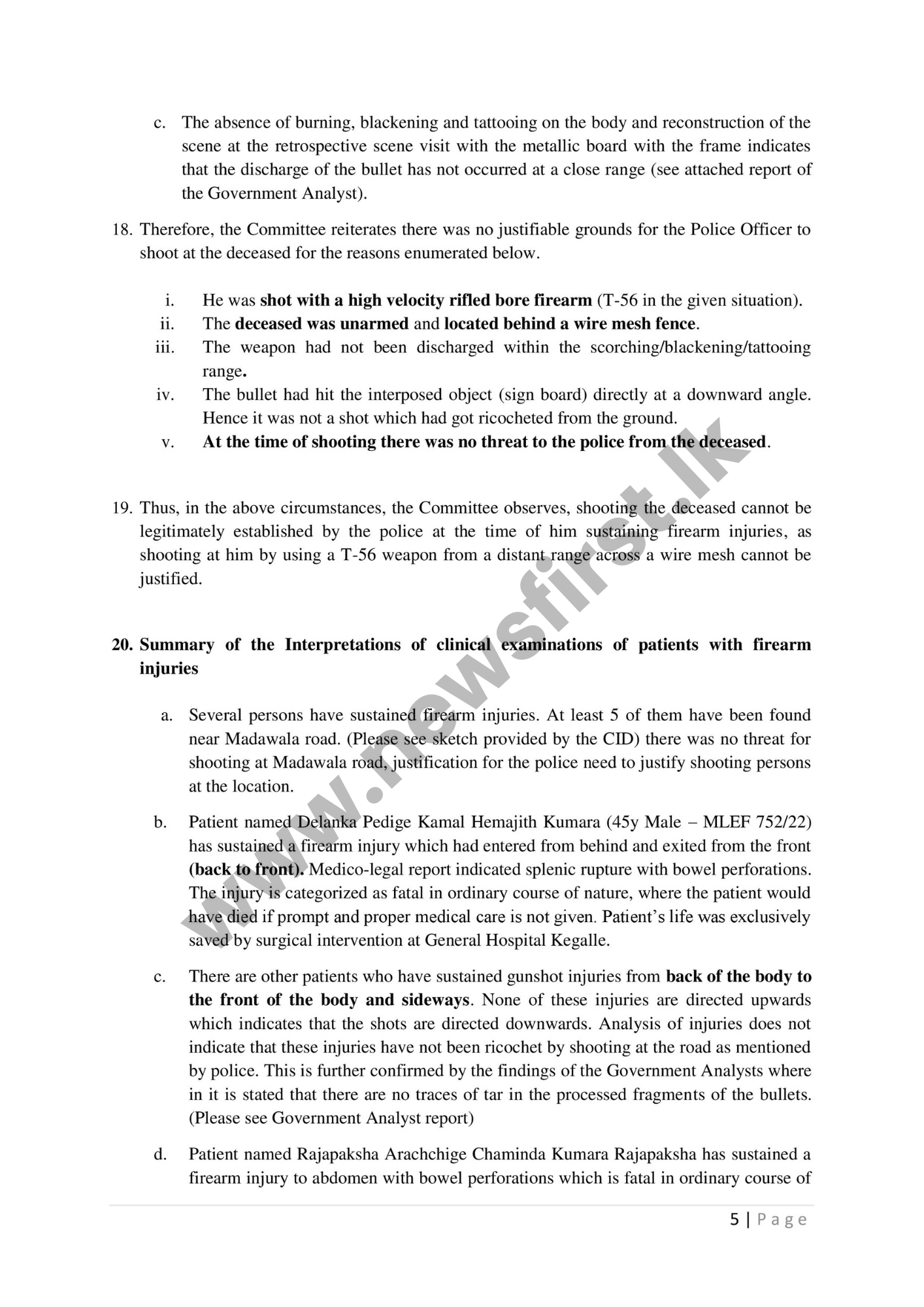 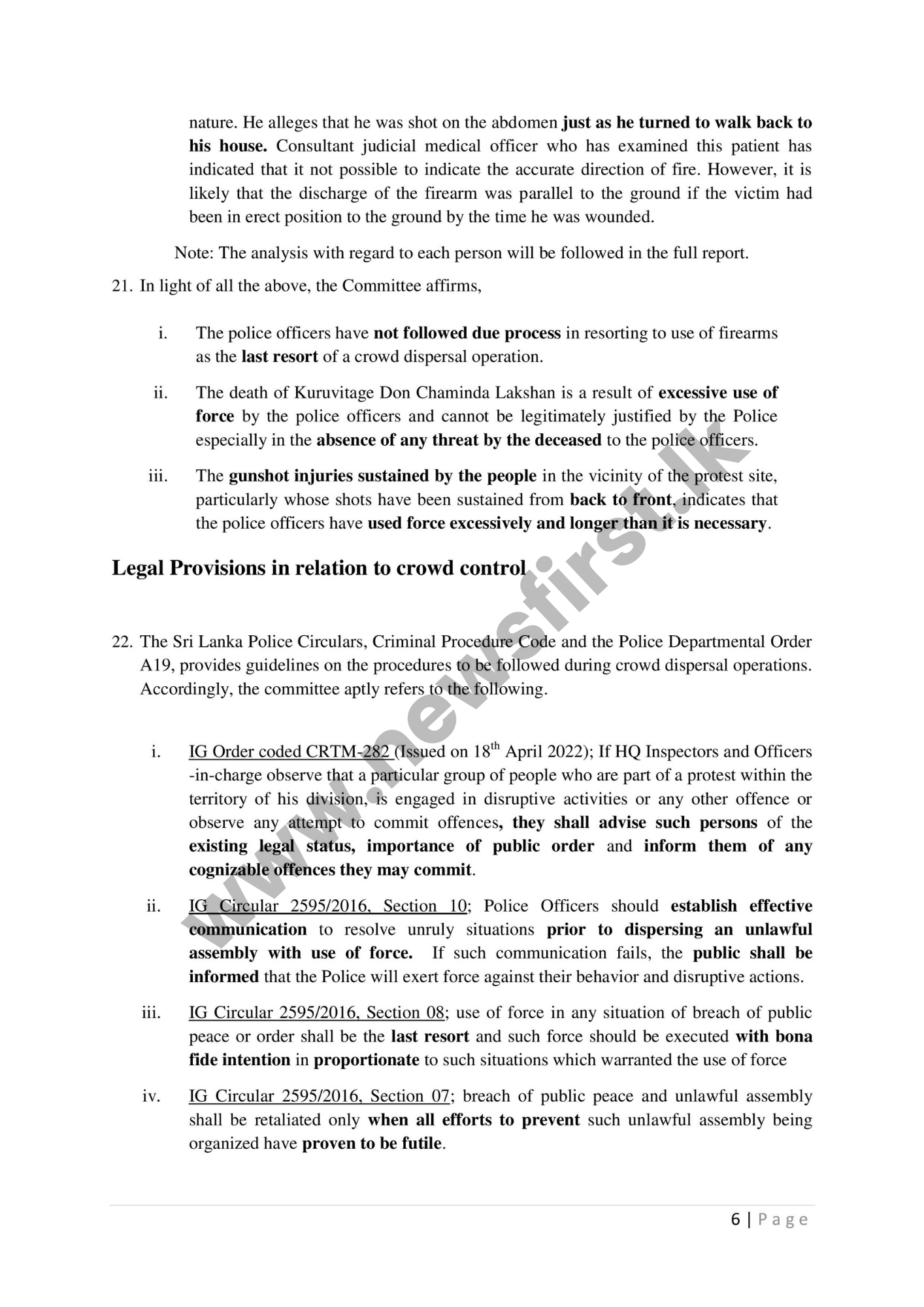 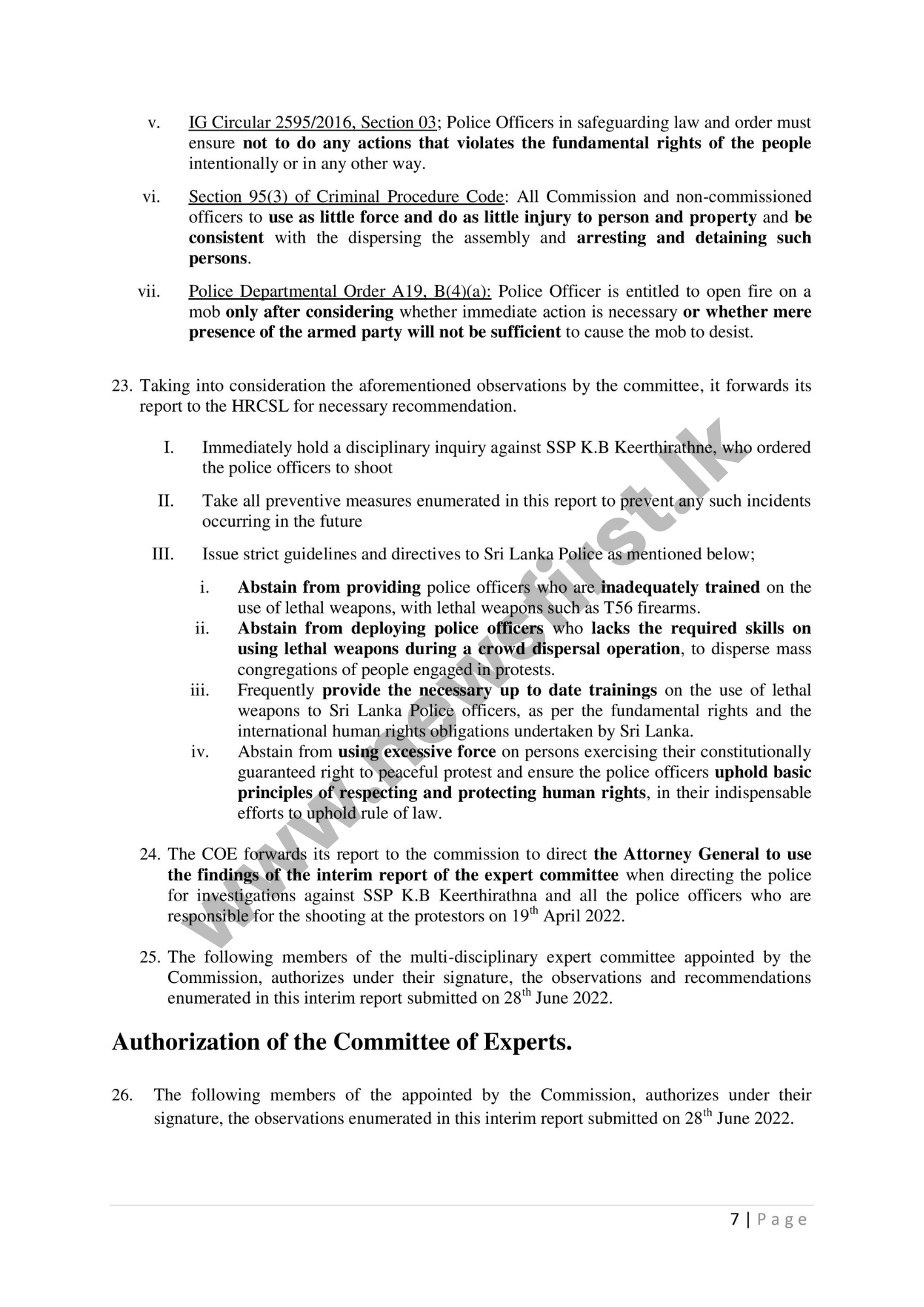 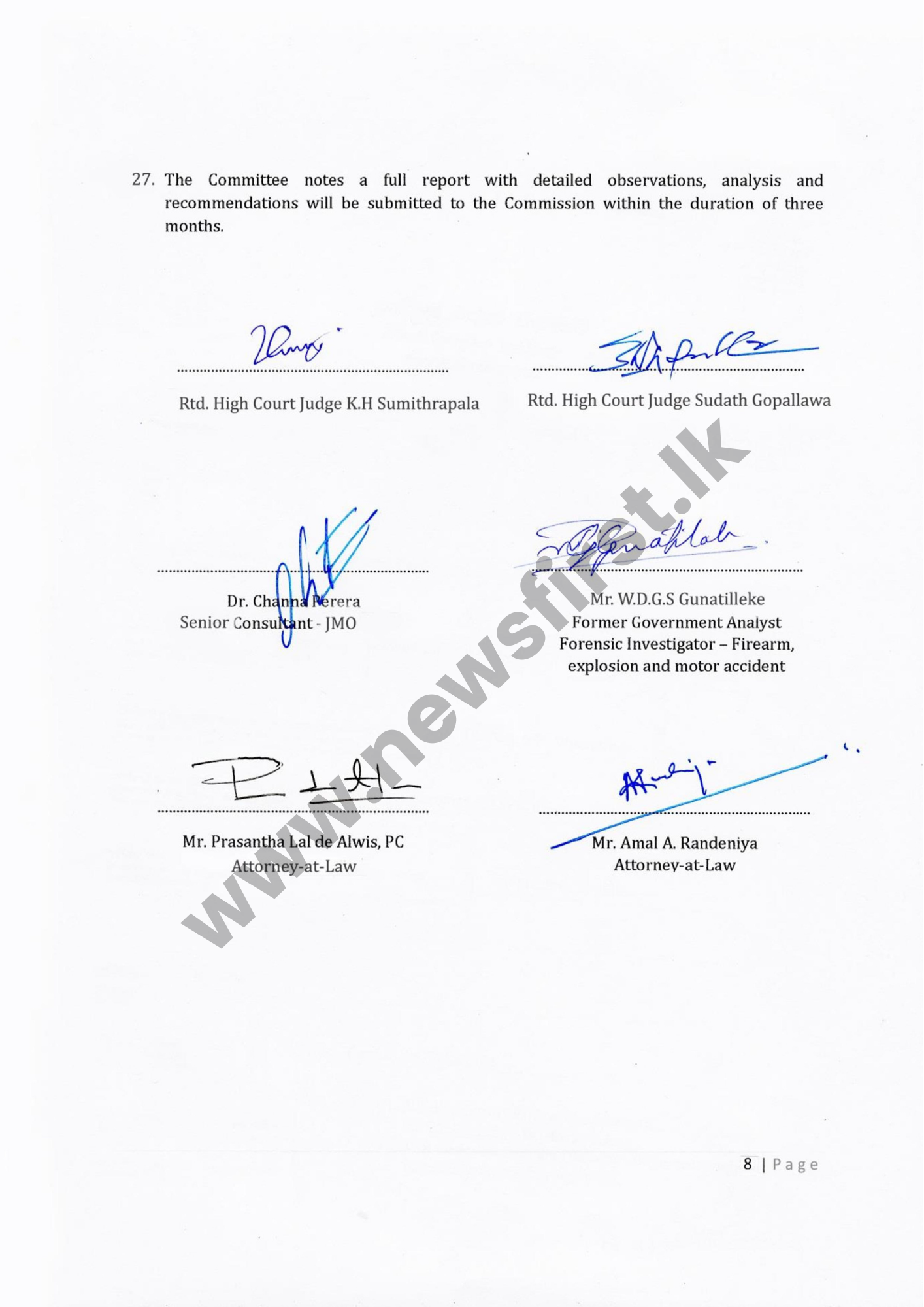 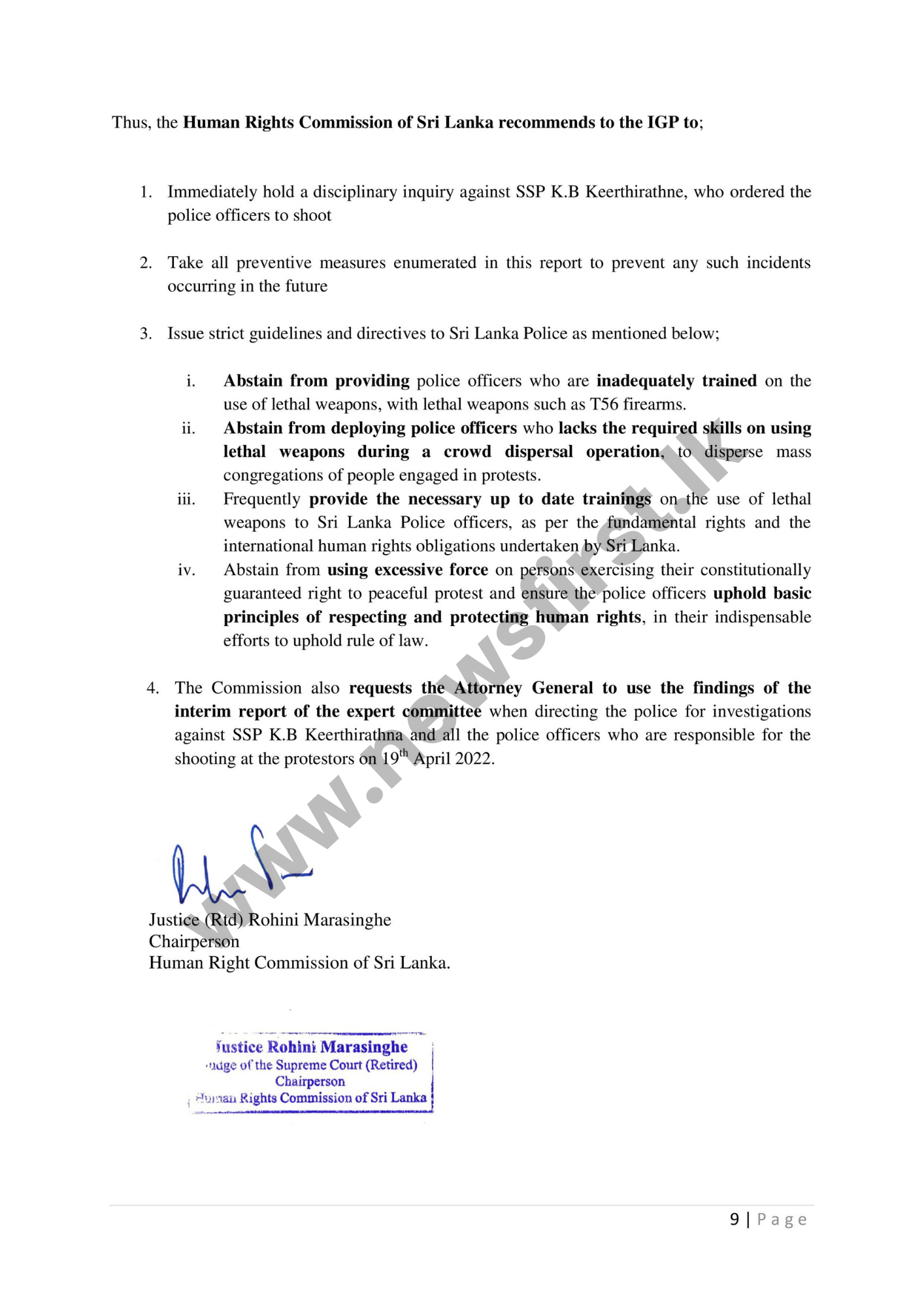