COLOMBO (News 1st); The Bar Association of Sri Lanka (BASL) said it is gravely concerned as to the manner in which the present economic crisis and the resultant shortages, especially of fuel are being handled by the Government of Sri Lanka (GoSL) adversely affecting the lives of the people, the administration of the country and running of businesses and ultimately the stability of the community.

It has also led to a deterioration of Law and Order in the country, said the Bar Association of Sri Lanka.

Fuel shortages are threatening every aspect of the economy including food production and distribution; adversely impacting Sri Lanka’s exports which are vital at this time; and even having a negative impact on the administration of justice, said BASL in a statement.

Furthermore, the Government has failed to put in place a proper mechanism to ensure the fair and equitable distribution of fuel to the people, it added.

The BASL called upon the Government to immediately provide timely and adequate information to the public as to its plans in respect of ensuring the continuous supply of fuel in the short term; to present to the public a road map on its plans to extricate the country from the fuel crisis; and to immediately devise after proper consultation with relevant stake holders an effective plan to ensure the fair and equitable distribution of fuel to the people taking into account the need to ensure that public transportation and essential services are not hindered.

The BASL called upon the President, the Government as well as all other political parties and actors to understand the sheer gravity of the present situation and the grave consequences which may threaten the social and economic stability in Sri Lanka. The BASL calls upon them to immediately take every step necessary to restore national and international confidence in the Government of Sri Lanka.

At this stage, for the greater good of the country it is necessary that the President and all other relevant political actors bear responsibility for the hardships being caused to the people, said the Bar Association of Sri Lanka. 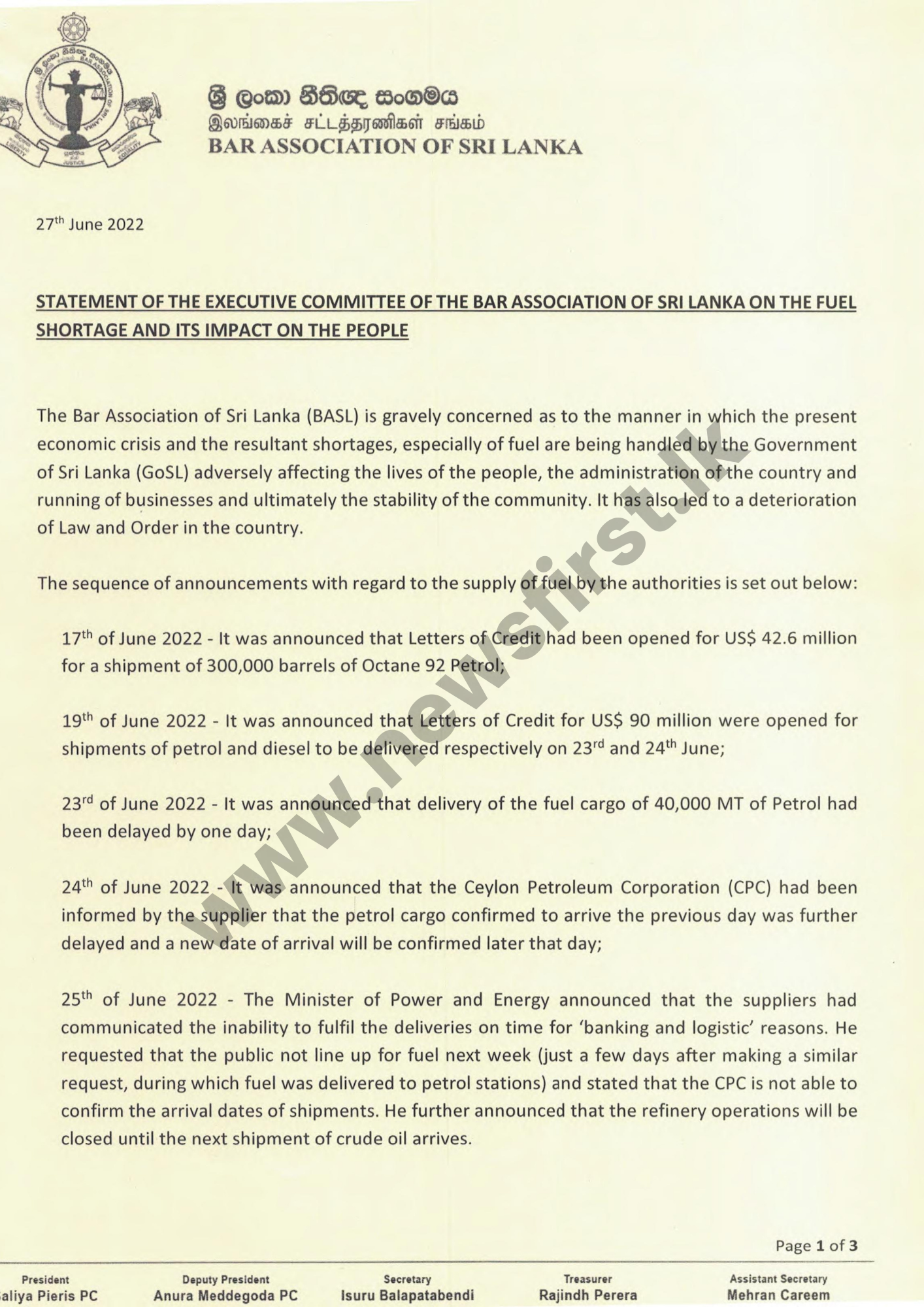