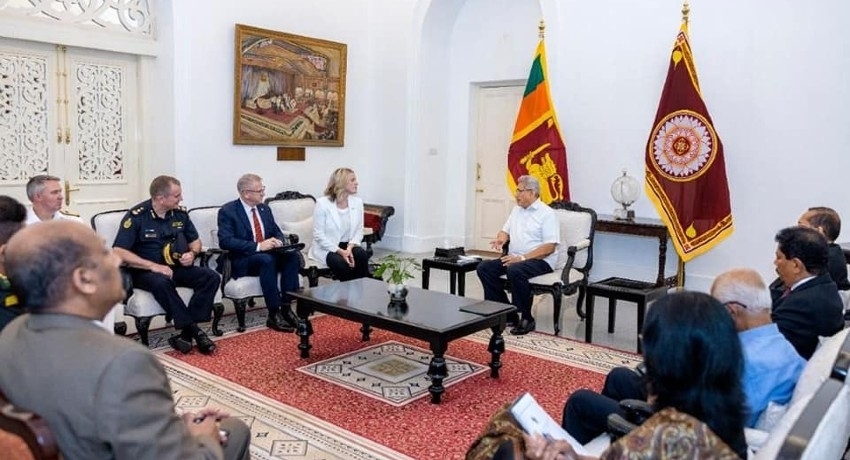 COLOMBO (News 1st); Minister for Home Affairs of Australia Clare O’Neill has said that the Australian government will assist Sri Lanka in overcoming the present economic crisis in compliance with the International Monetary Fund (IMF) framework.

Claire O’Neill, who is on an official visit to Sri Lanka, made these remarks when she called on President Gotabaya Rajapaksa at the President’s House in Colombo, on Monday (20).

President Rajapaksa appreciated the support of the Australian Government in providing naval, technical and material assistance and noted that the two countries were working closely together.

Australia is on high alert for security in the Indian Ocean. President Rajapaksa stated that the Sri Lankan government would extend its fullest support to maintain the Indian Ocean as a Security Zone. It was also revealed that around 50 Navy personnel are currently in Australia for special training. The President commended such training opportunities and their cooperation with the Sri Lankan security forces.

Minister O’Neil expressed her willingness to provide assistance to increase government revenue and also help in the success of the sustainable Energy Generation Program through the experience in customs administration.

She also said that her government is ready to assist in the regulation of fishermen, the promotion of vocational and technical education and to make Sri Lanka a hub for higher education for international students.