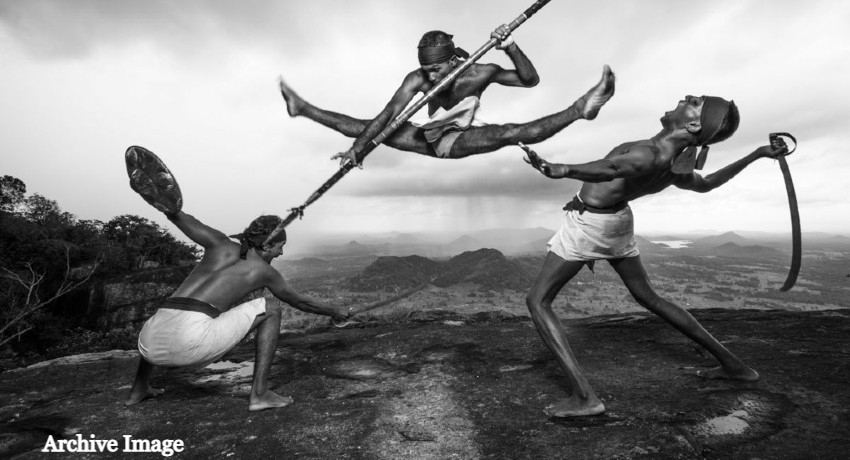 COLOMBO (News 1st); The Sri Lankan Cabinet of Ministers granted approval on Monday (13) to publish a gazette notification on the lifting of the ban on the traditional Martial Art of Angampora.

Cabinet approval was granted to lift the ban on Angampora in 2019, however, the relevant gazette was not published.

The Ministry of Sports and Youth Affairs has taken steps to promote the Martial Art “Angampora”, an important traditional game, as a martial art as well as a national heritage
of the country, said the Department of Government Information on Tuesday (14).

Following the Uva-Wellassa uprising, the then-Governor of Ceylon Robert Brownrigg banned angampora, figuring that a populace trained in hand-to-hand combat would be more difficult to control.

The martial art was almost lost, practiced only by a handful of aging masters who decamped to rural villages to continue their practice in secret.