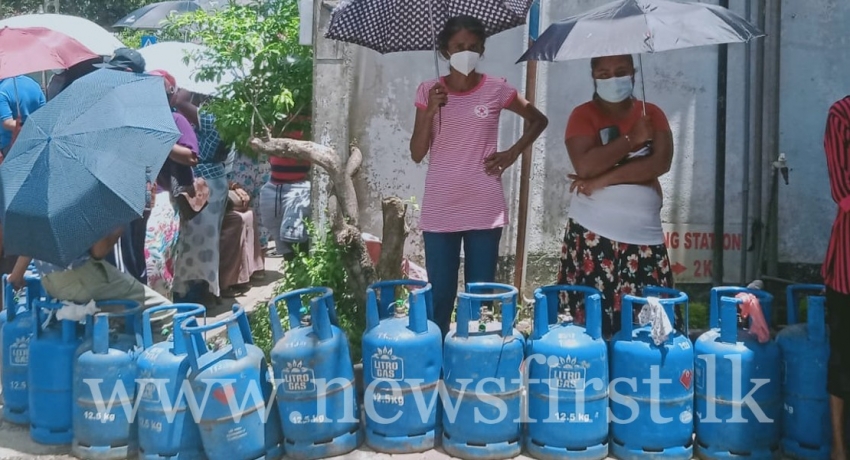 COLOMBO (News 1st); The gas crisis has exacerbated as much as the fuel crisis, with people suffering without gas cylinders against the backdrop of a ship carrying 3,900 metric tons of gas being anchored at sea, with the Government unable to pay $ 2.5 million to free the consignment.

The gas tanker has been anchored in Sri Lankan waters for five days.

In this context, the people of Kandana were observed waiting in line for gas for about a week, even sleeping near the dealership in hopes of obtaining a cylinder.

The situation in Galle is as the same, with people being waiting in line for days to buy Litro as well as Laugfs gas.

Today, the Laugfs Gas Distribution Center in Payagala, Kalutara received gas after several days, where people have been waiting in long queues since the morning.

However, some have attempted to hide gas stocks, while others wait in queues.

Officials of the Consumer Affairs Authority were able to find a stock of gas cylinders hidden in an unregistered warehouse owned by the Anuradhapura District Laugfs Gas Dealer.