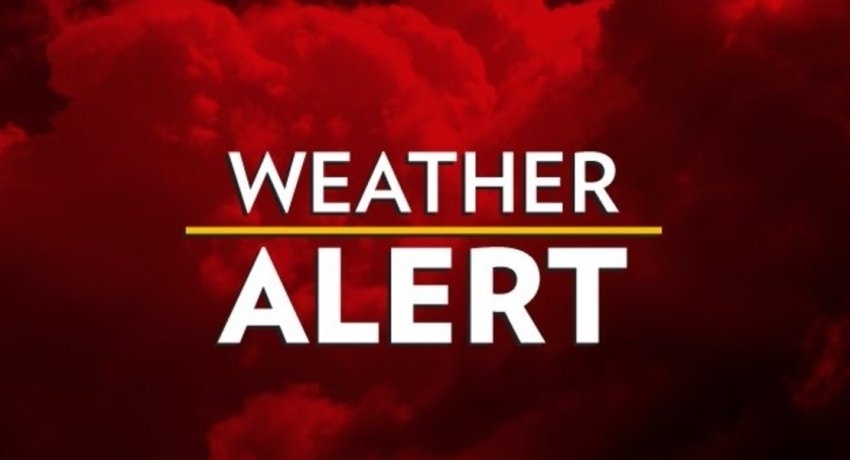 COLOMBO (News 1st) ; The Meteorology Department has issued an amber alert for heavy rains, and states that heavy showers above 100 mm can be expected at some places in Western and Sabaragamuwa Provinces and in Kandy and Nuwara-Eliya Districts today (02).

They have also been advised to take adequate precautions to minimize damages caused by lightning activity, and to beware of fallen trees and power lines and to be alert on the advisories issued by the Department of Meteorology. 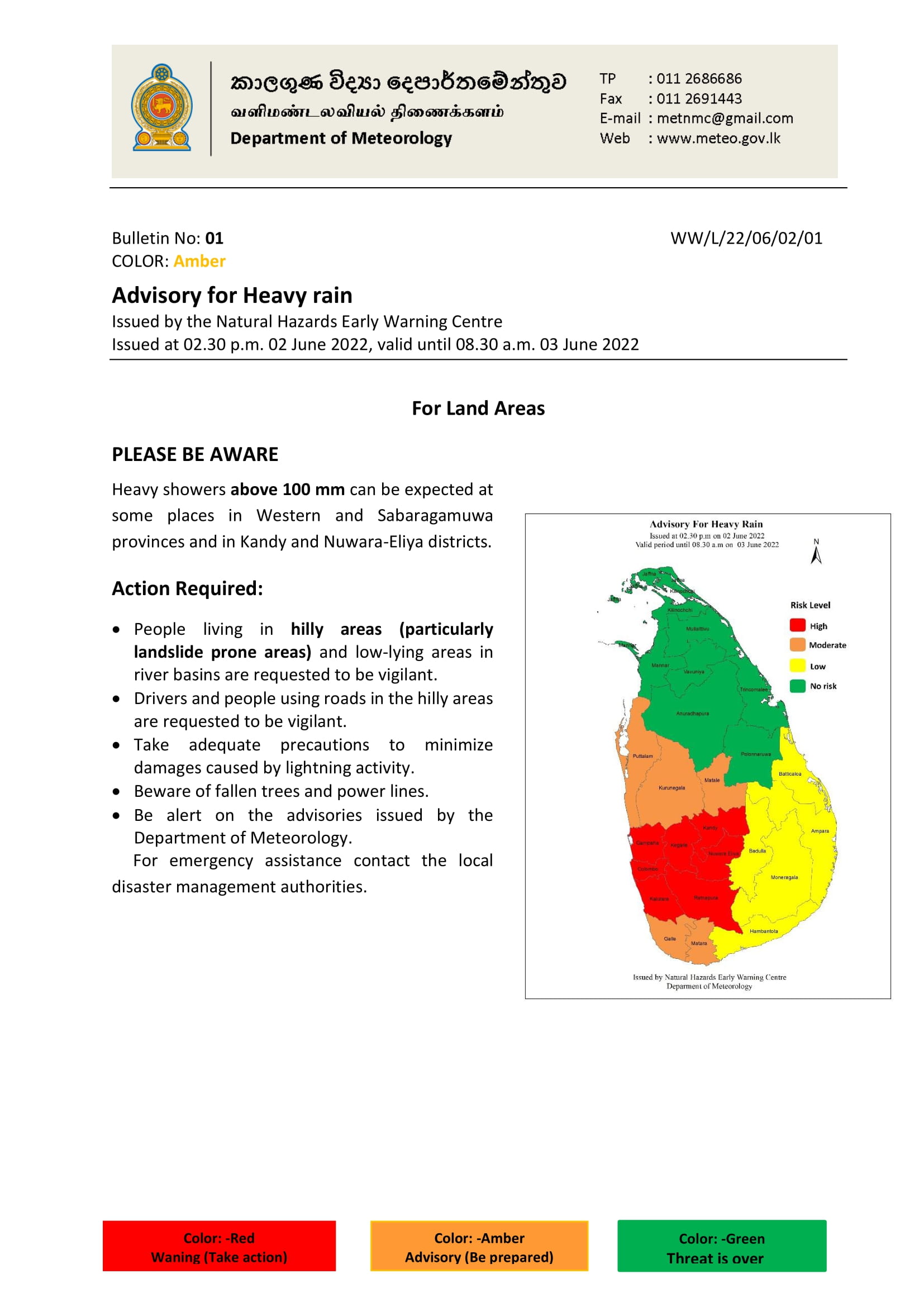