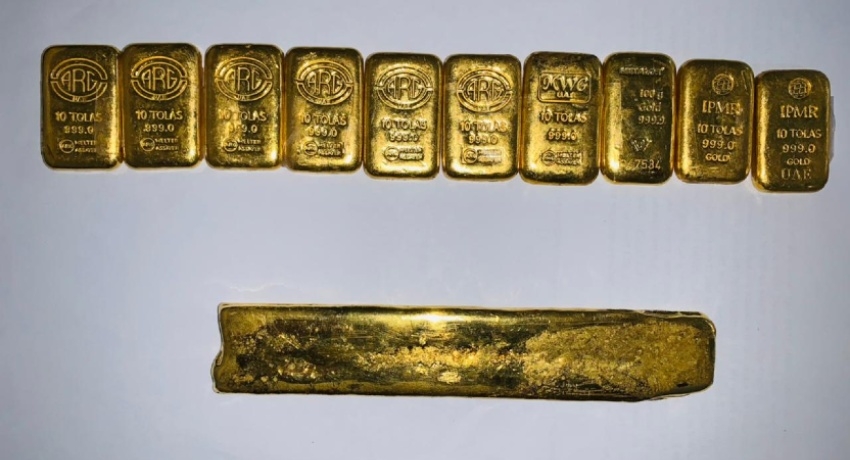 COLOMBO (News 1st); A consignment of gold worth over Rs.43 Million was confiscated by the Kankesanthurai Sub Prevention Bureau of the Sri Lanka Customs on Saturday (28).

Sri Lanka Navy seized three men along with the gold at the second sand dune in Thalaimmanr following a tip-off received by the Thammanna Navy Base.

Further investigations by the Sri Lanka Customs revealed that the gold was to be smuggled to India.

The suspects were residents of the Puthukudiyiruppu and Pesalai areas.

The Customs investigation was conducted by officers attached to the Kankesanthurai Customs Sub-Prevention Office under the supervision of the Northern Province Superintendent of Customs.

The suspects were fined Rs. 750,000/- and the gold was confiscated as per the provisions of the Customs Ordinance.