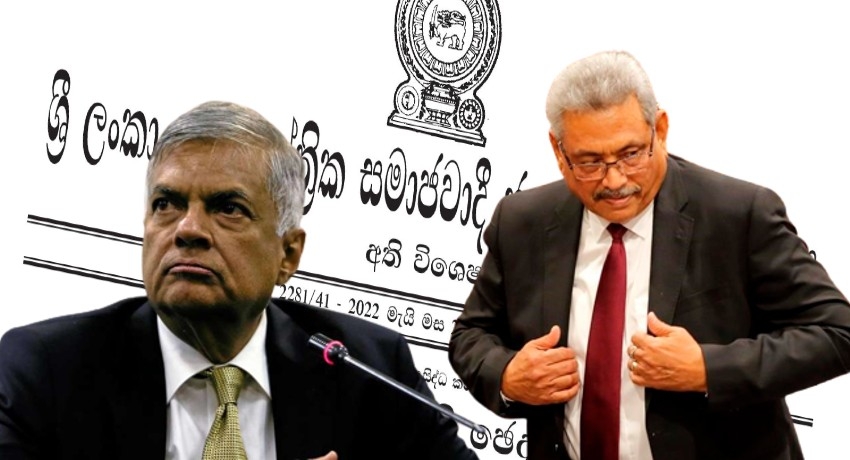 COLOMBO (News 1st); The subjects of the new ministries were published via an extraordinary gazette on Tuesday (31), dated the 25th of May 2022.

According to the Gazette notification 42 key institutions including the Board of Investment, Sri Lanka Telecom and the Port City Economic Commission have been placed under the Ministry of Defence.

Further, all military branches including Army, Navy, Air Force, Police as well as the Information and Communication Technology Agency, Telecommunications Regulatory Commission of Sri Lanka, and Disaster Management related bodies have been placed under the President, who is the Defence Minister.

Prime Minister Ranil Wickremesinghe has 57 state bodies placed under him, which include the Treasury, Customs, Excise, Central Bank and the Securities and Exchange Commission. 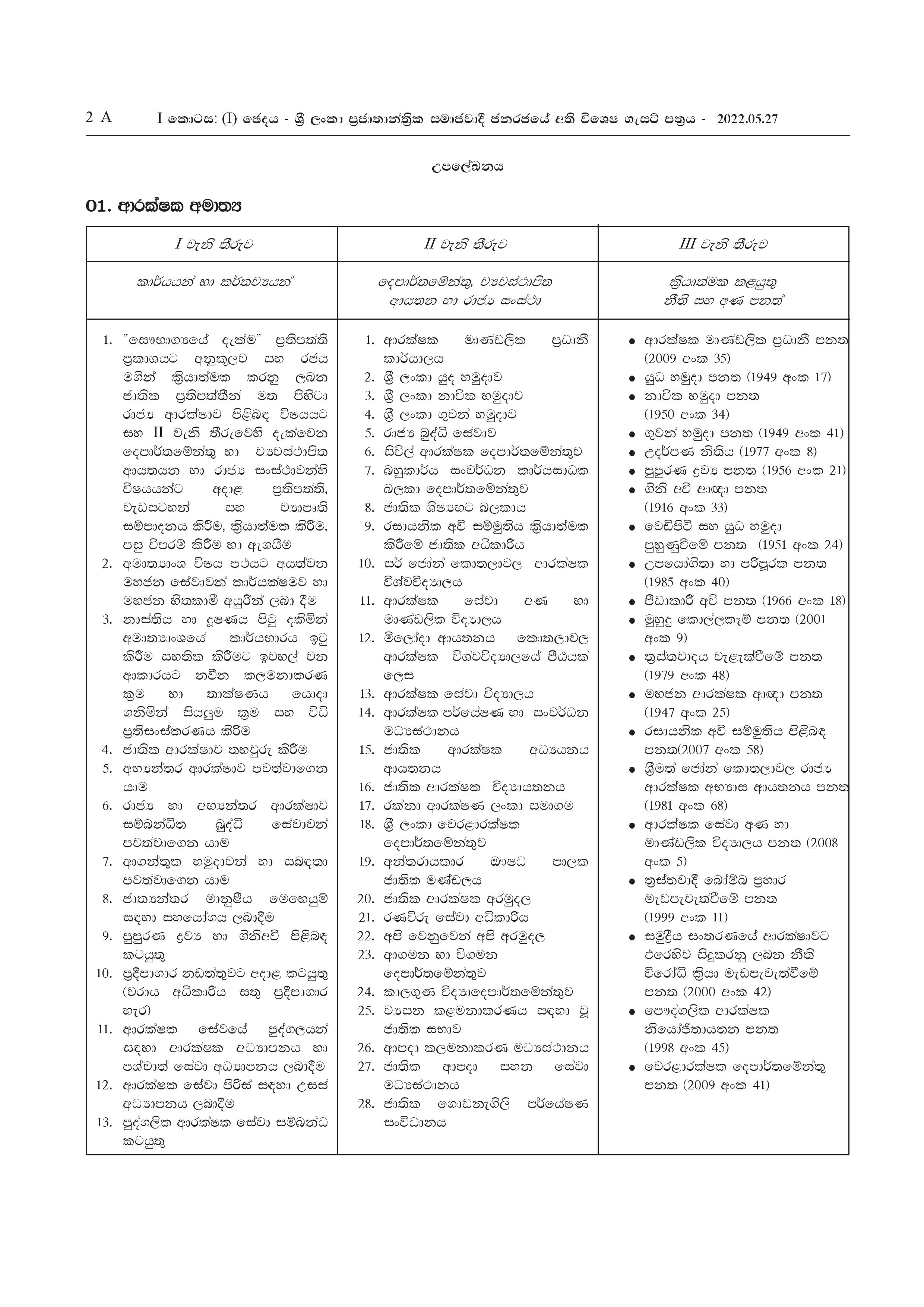 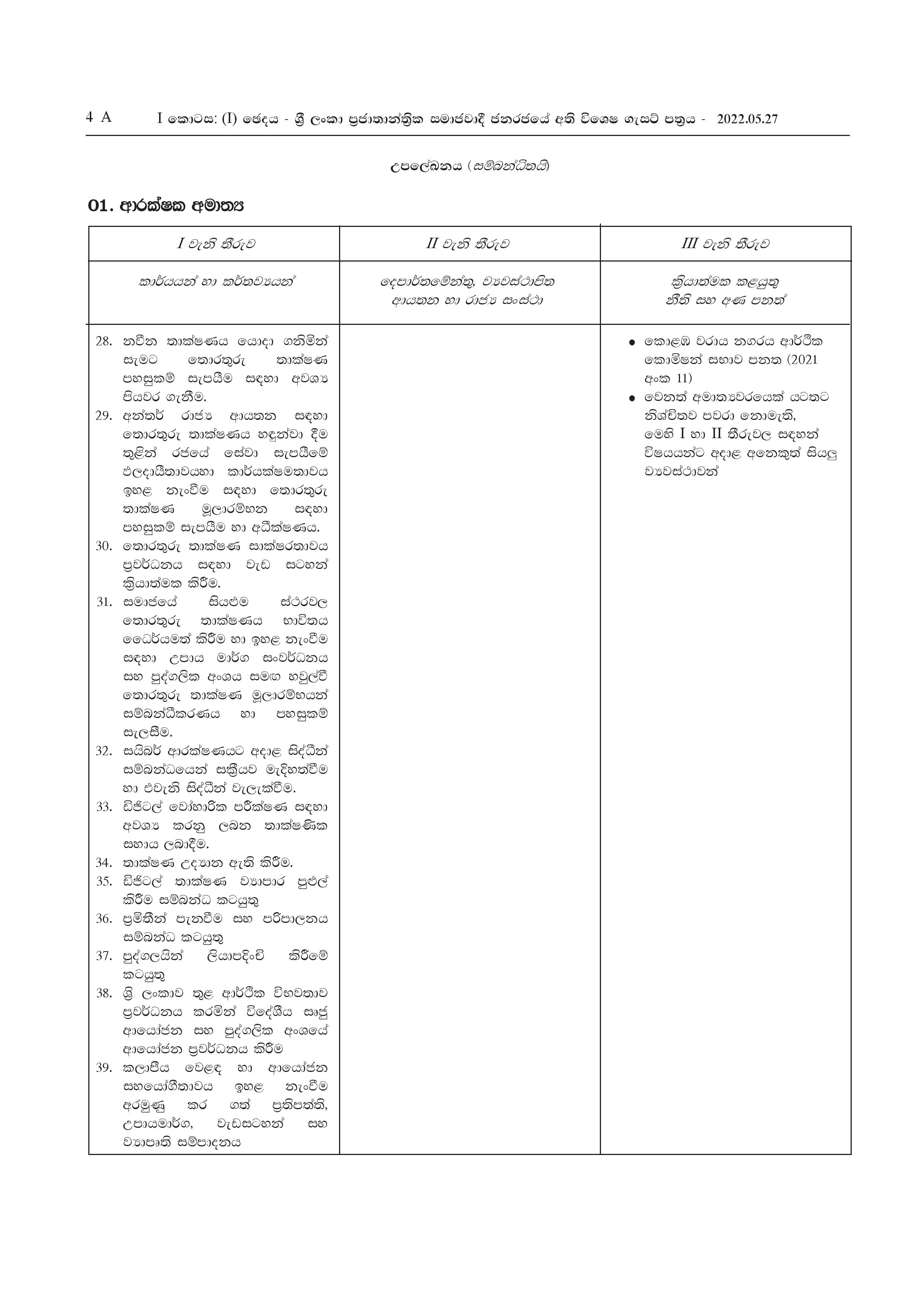 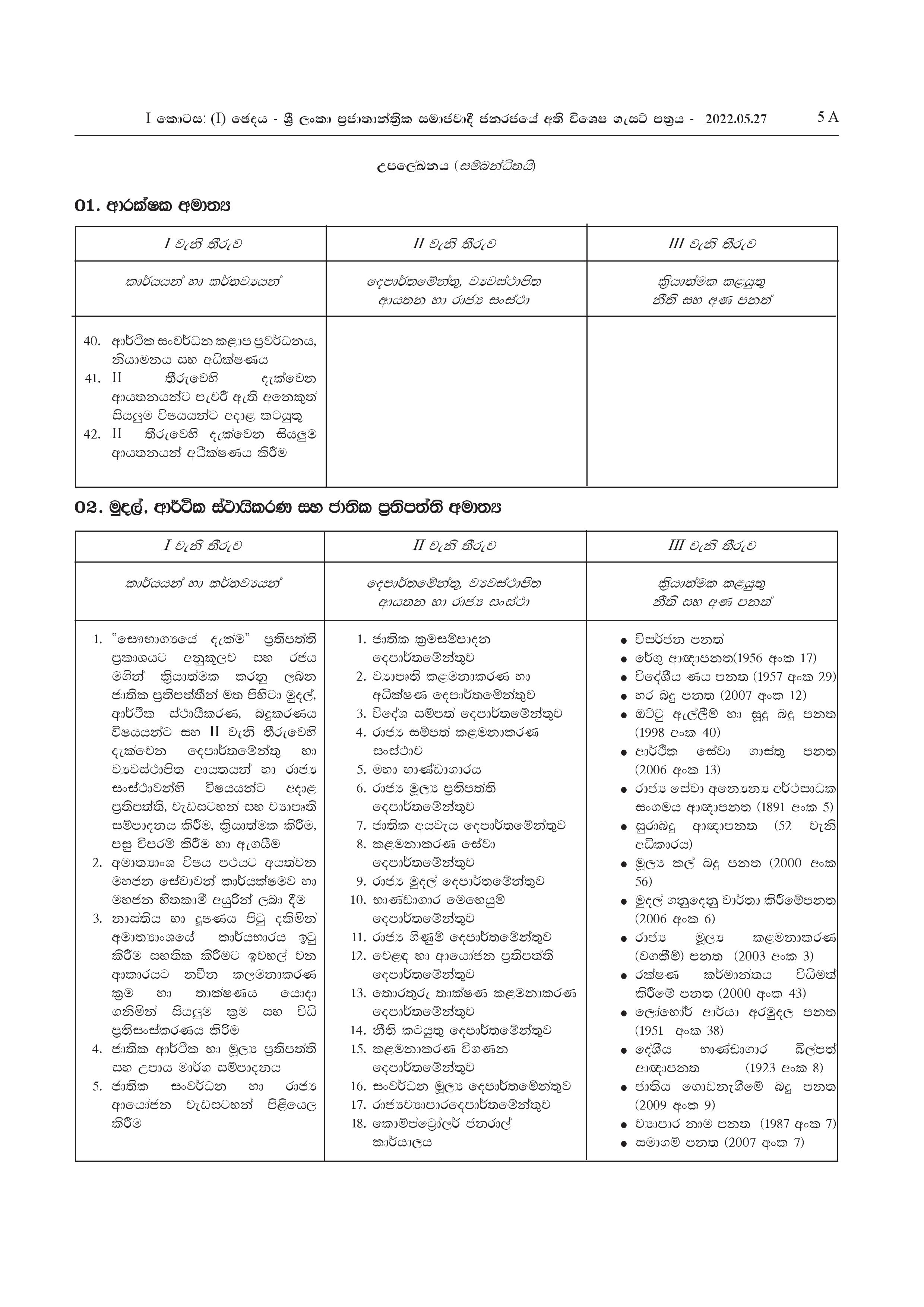 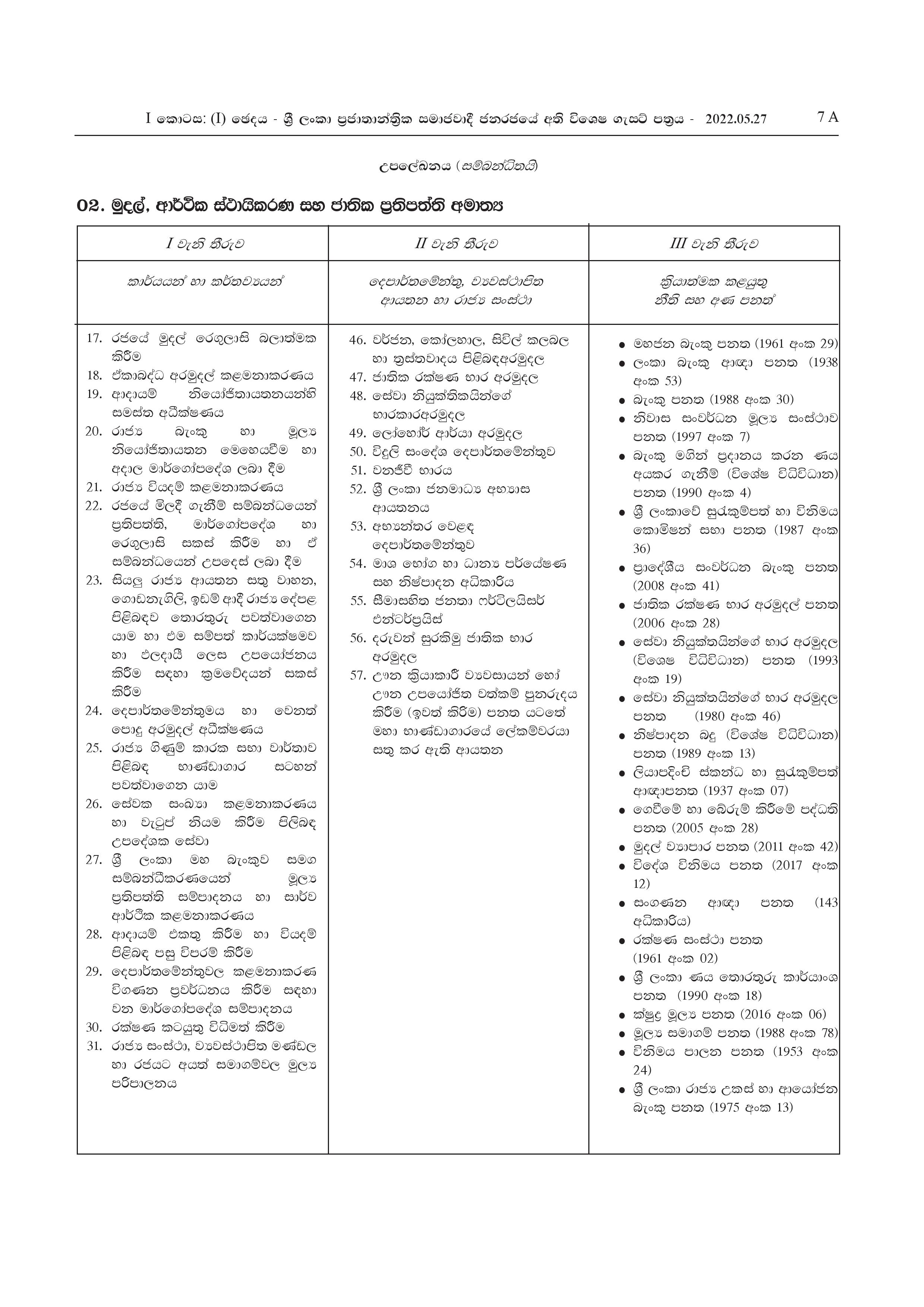 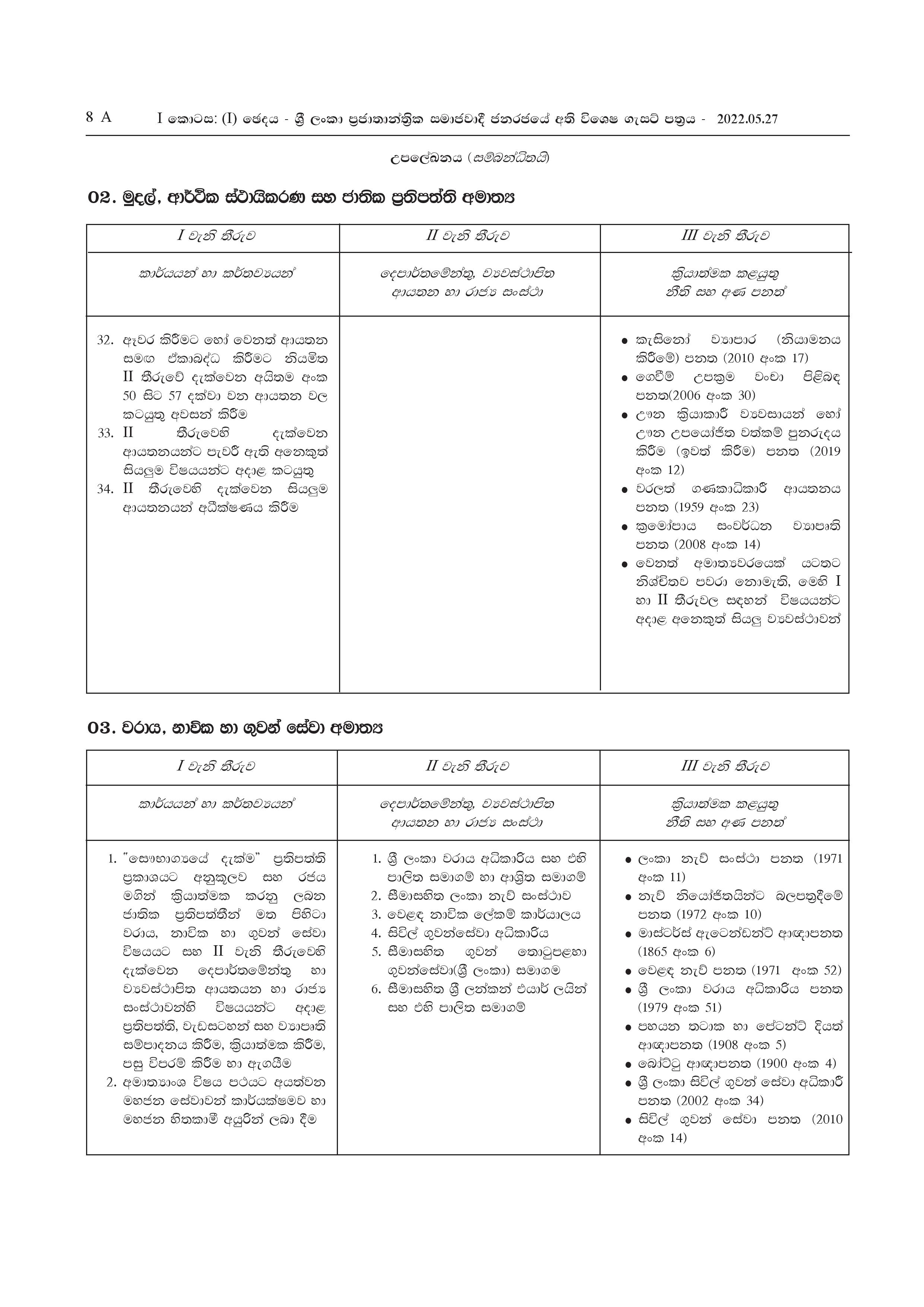