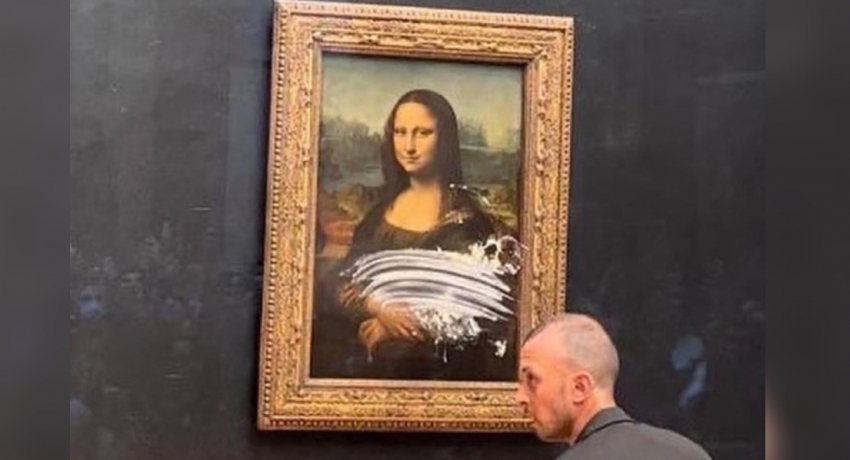 COLOMBO (News 1st); A 36-year-old man has been arrested after he smeared a glass screen encasing the Mona Lisa with cake in a protest against artists not focusing enough on “the planet”, foreign media reports.

The suspect, who was subsequently placed in psychiatric care, has said in French; “There are people who are destroying the Earth … All artists, think about the Earth. That’s why I did this. Think of the planet.”

Officials at the Louvre Museum in Paris have declined to comment on the incident, the report further stated.