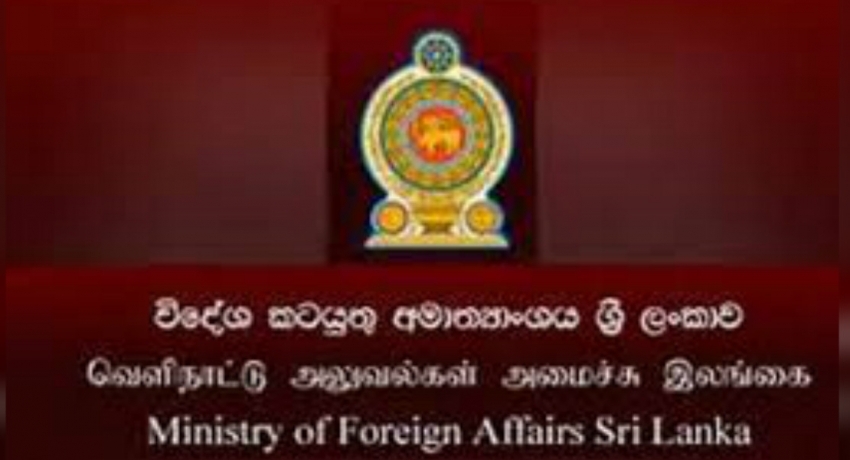 COLOMBO (News 1st); The United Nations General Assembly adopted on 23 May 2022, a Sri Lanka sponsored Resolution A/76/L.56, declaring 1 March as World Seagrass Day. The resolution was adopted by consensus and co-sponsored by 24 countries.

Ambassador Mohan Pieris, Permanent Representative of Sri Lanka to the UN, introduced the resolution under Agenda Item 15: Integrated and coordinated implementation of and follow-up to the outcomes of the major United Nations conferences and summits in the economic, social and related fields.

In his introduction, Ambassador Pieris highlighted Sri Lanka’s interest as a littoral state in bringing attention and awareness on a small but significant aspect of universal importance in combatting climate change. He highlighted the importance of seagrass as a carbon sink, in protection against coastal erosion, in stabilizing the sea bottom, increasing the resilience of the most vulnerable ecosystems, and increasing food stability for a number of marine creatures, and the pivotal role it plays in curtailing the effects of climate change.

The World Seagrass Association closely supported the Government of Sri Lanka in this endeavor.

A Seagrasses are one of the most valuable marine ecosystems on earth covering around 300,000 square kilometers in 159 countries and six continents. They provide a range of critical environmental, economic and social benefits. The most significant benefit being the enormous carbon sequestration potential of seagrass, storing up to 18 percent of the world’s oceanic carbon, which is greater than that of rainforests which makes protection and restoration of seagrass a vital tool in efforts to adapt and mitigate the adverse effects of climate change. The vital functions of seagrasses also include its role in stabilizing the sea bottom and providing ecosystem support via food and shelter for a number of marine creatures, including commercial and recreational fish species, as well as endangered and charismatic species such as turtles, dugongs and manatees. However, seagrass ecosystems are being destroyed as a result of human activity. The United Nations Environmental Program Publication ‘Out of the Blue: the value of seagrasses to the environment and to people’ states that “7 per cent of seagrass marine habitat is being lost worldwide per year, which is equivalent to a football field of seagrass lost every 30 minutes”.

The initiative was a collective effort of studying sea grass ecosystems and examining restoration and conservation through Nature-based Solutions by an NGO and academics and paving the way to highlight the importance of scientific-evidence based approaches at the policy level.

The Biodiversity Secretariat of the Ministry of Environment, Department of Aquaculture & Fisheries at the Wayamba University and the Blue Resource Trust worked together with the Ocean Affairs, Environment and Climate Change of the Ministry of Foreign Affairs and contributed to the process and coordinated with the Permanent Representative of Sri Lanka to the UN in New York in this regard.