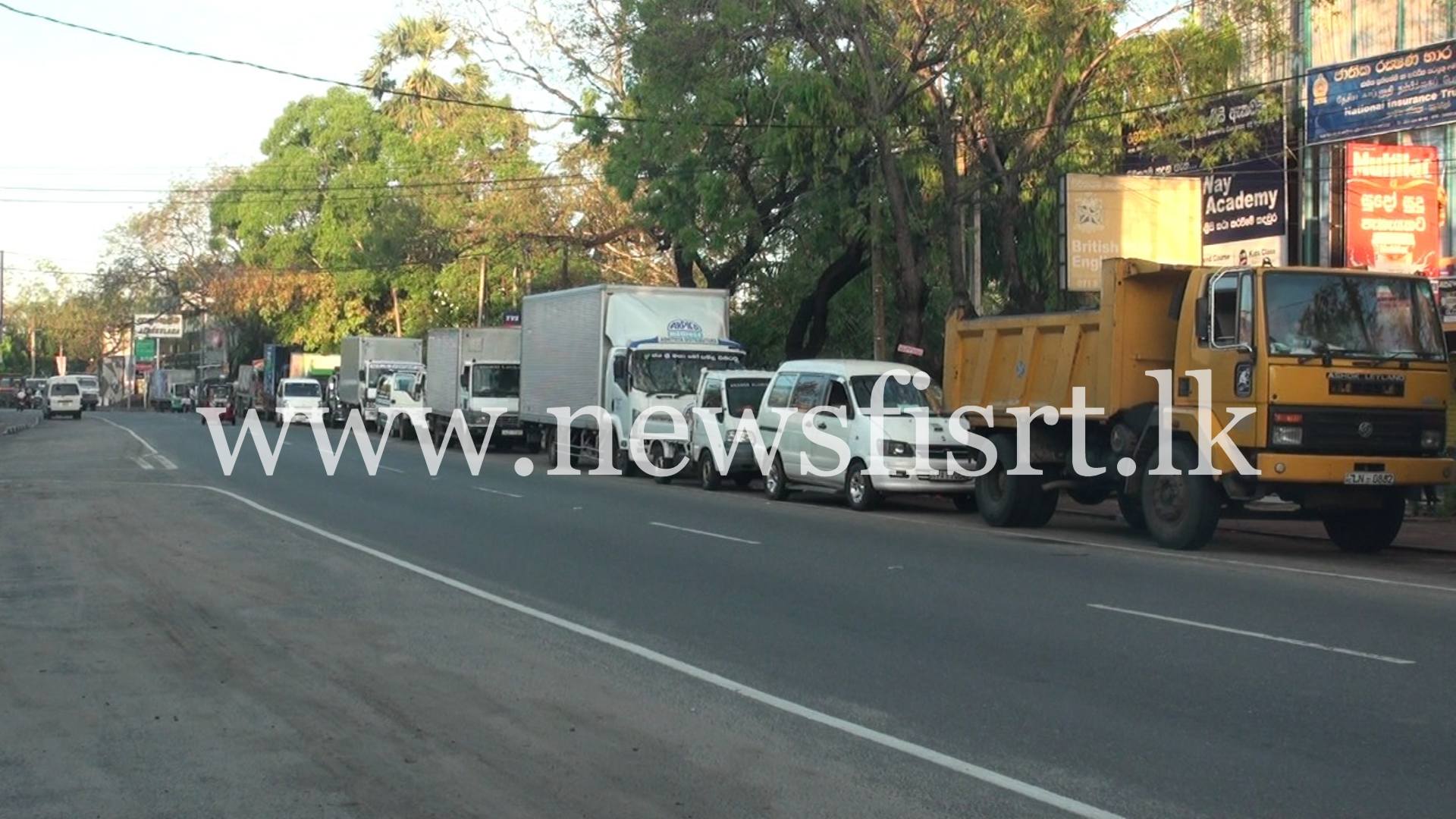 There are queues for Petrol, Diesel, and Gas on an endless list of queues. Husbands are in one queue; the wife is in another and the children are in yet another queue. Sri Lankans have no time to work and be productive. Given that 62% are daily waged the mix is highly inflammable. Several Parliamentarians have found their properties gone up in flames. Frustration has reached heights never before experienced in Sri Lanka – not even the dark days of a 33-year long near civil war produced frustrations to the average consumer on this scale. Sri Lankans it appears have reached the zenith of their patience. Once supple backbones have metamorphed into solid-as-they-come spines. The streets in front of strong-man President Gotabaya Rajapaksa’s presidential office were filled up by thousands with a common mantra: ‘gota go home’

Tourism – a US$ 4.5 Billion industry pre CV19 – has been badly hit. Says the owner of a niche-boutique hotel in Negombo, a well-known tourist resort area close to Colombo International Airport, ‘Sri Lanka is full of bad luck. Our industry was doing well and the euphoria of a government elected to curb corruption and increase transparency in 2015 saw our occupancy levels go through the roof. Things were looking up. Banks were happy to fund expansion and we were happy. Now we face ruin. No help at all from the government except a moratorium on loan repayments. Two years later the banks are asking us to start repaying. We have had the Easter bombings, then as we were emerging from that, CV19 struck. Coping with that, the government went all organic on cultivation. Our industry was barely able to produce US$ 100 million this year and government income plummeted. Today my hotel is near-empty, bank interest rates are rising, the rupee has depreciated over 100%. It is chaos’.

On the campaign trail in 2019 Gotabaya Rajapaksa, a military man turned technocrat and largely credited for steering the Armed forces to a crushing victory over the dreaded LTTE in 2009, promised to take Sri Lanka into a different direction. Perhaps to the screams of joy from the organic Passionists globally, not long after his victory at the polls with a whopping 6.9 million votes, proclaimed an immediate ban on the imports of chemical fertilizer – the staple of almost all of Sri Lanka’s farming community.

Farmers were aghast knowing that to convert to organic fertilizer their lands would need to stand uncultivated for at least three years. The presidential proclamation was greeted as a diabolical misunderstanding of reality. They took to the streets in ever growing protests across all of Sri Lanka, thus fueling protests in urban areas too including of course the capital city Colombo and its environs.

Privately, our sources reveal on strict anonymity, that President Gotabaya was told that the financial position in terms of foreign currency reserves made it impossible to incur a spend of USD 400 million for fertilizer. An audacious plan to mislead the public on the real financial position was put into action hoping that monies would be ‘found’ to fund the eventual purchase of fertilizer in the misguided belief that missing two seasonal harvests Maha & Yala would be manageable.

This misadventure fuelled by an utter lack of rationality and perhaps healthy dollops of stubbornness to face reality, saw the Sri Lankan economy nosedive. What little reserves were left was used to meet a maturing bond of USD 500 million amidst calls from opposition members to go for a rescheduling of debt before it turned into the far worse position of being in ‘default’.

Little surprise that the call of the people was for a government bereft of the Rajapaksa family. The entire cabinet save the Prime Minister Mahinda Rajapaksa resigned en-masse. The protestors were not happy with round 1. They wanted President Gothabya too to go.

A presidential confidante Ali Sabry was appointed as Finance Minister but the visit to the IMF and subsequent on-line meetings did not provide immediate solutions namely to provide the nation with forex to provide for petrol, diesel, kerosene, cooking gas and heavy fuel for the nations power generators or even for coal.

Neighbouring Superpower India stepped in with immediate relief, Indonesia sent medicines as did India. Immediate neighbours including Bangladesh helped out.

Thanks to the disastrous treatment of the Muslim community in the past, oil-rich middle eastern nations looked askance. Other nations willing and able to assist at least on an humanitarian basis remained concerned of Sri Lanka’s flippancy in terms of addressing allegations of war crimes, accountability, return of lands and reparations despite repeated almost annual assurances to the contrary, the international perception and that of the Tamil community is that ‘nothing’ has been achieved.

The appointment of a Prime Minister who has served no less than five times previously was presented as an interim measure with the hope that this would ease tensions. However the people protested in front of his home too. A well-read man with a reputation for political survival if not chicanery, Ranil Wickremesinghe was immediately perceived as a man wheeled in by the principal puppeteer Basil Rajapaksa to create a ‘safe exit strategy’. It was interesting that there no reference to an ‘honorable’ exit.

The attempt to portray Wickremesinghe – who lost his own seat at the elections but came into parliament with a ‘bonus seat’ under Sri Lankas quirky electoral rules – as a national consensus appointee to have a broad alliance of all political parties fell by the wayside when the Leader of the Opposition – another dynastic politician – Sajith Premadasa refused to be part of any government unless President Gotabaya was prepared to announce a date by which he would resign.

Sri Lanka’s economic position is one that is in grave danger. With a government debt figure of approximately US$ 32 billion (private sector is approximately USD 18 billion) and scarce income streams apart from levies collected by the Ports and Airports authorities, there remains an urgent need to cajole the international lending community to treat this matter with urgency.

IMF are still waiting on Sri Lanka’s proposals and so is its former colonial master, Britain before deciding on some level of humanitarian assistance. The Rajapaksa’s leaning towards

China has not augured well in the West and there is little doubt that there is international pressure – covert perhaps – for President Rajapaksa to resign and bow out of a job that has proved to be far too intense and complicated for the former military man turned administrator turned President.

The future appears uncertain not only for the Rajapaksa dynasty – which some observers place at having gone backward by around 15 years at least – the people of this island nation can only look forward to a looming food crisis come August 2022 whoever is in charge of the nation – Rajapaksa, Wickremesinghe or even the latest and much touted Dr. Harsha De Silva. The only caveat would be to remember that the Rajapaksas have an uncanny ability to bounce back.