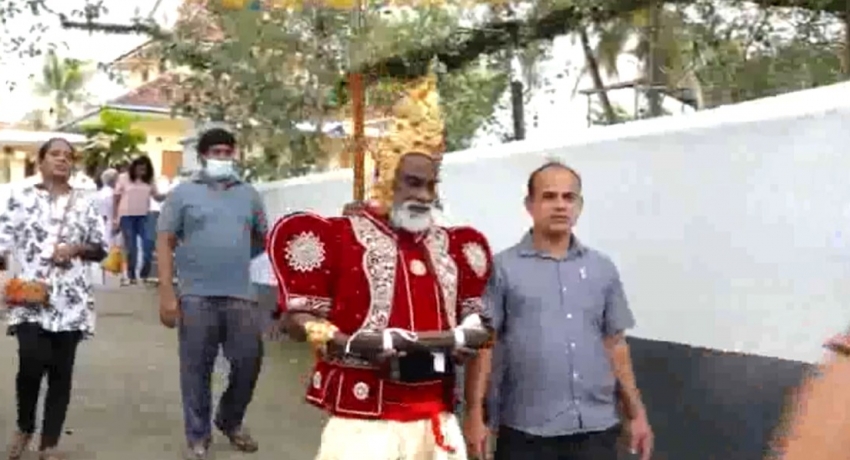 Marching while accompanied by a group, he demanded solutions for the issues in the country.

S. P. Adhikari, the Indigenous Medicine Practitioner said that he was heading to Colombo with a special message from King Buddadasa to make the future of this country better.

The medicine practitioner handed over a letter to an official near the Parliamentary complex.

Moreover, he handed over a memorandum to the Prime Ministers office before arriving at the GotaGoGama protest site.