COLOMBO (News 1st); Kimarli Fernando, the Chairperson of Sri Lanka Tourism has sent her letter of resignation to the newly appointed Minister of Tourism, Harin Fernando.

“The Tourism Industry is not limited to a few Colombo based Associations represented on the Tourism Boards, known to dictate self-benefiting terms to political authorities while risking the future of an entire industry,” she noted in her letter.

She said that a handful of ‘Veterans’ act like a ‘Cartel’, objecting to SME benefits such as the proposed minimum wage, a fair transportation cost for tourism drivers & obstructing the long overdue shift to digital marketing, which they do not understand, promoting only the age-old pre-internet trade show model.

“I pray that such archaic practices will not continue to relegate this country to underperform vis-a-vis its competitors. The cartel also didn’t like my attempt to account for the dollars into the country from tourism as well as dollars to be directed to hotels who have foreign currency borrowings,” she added. 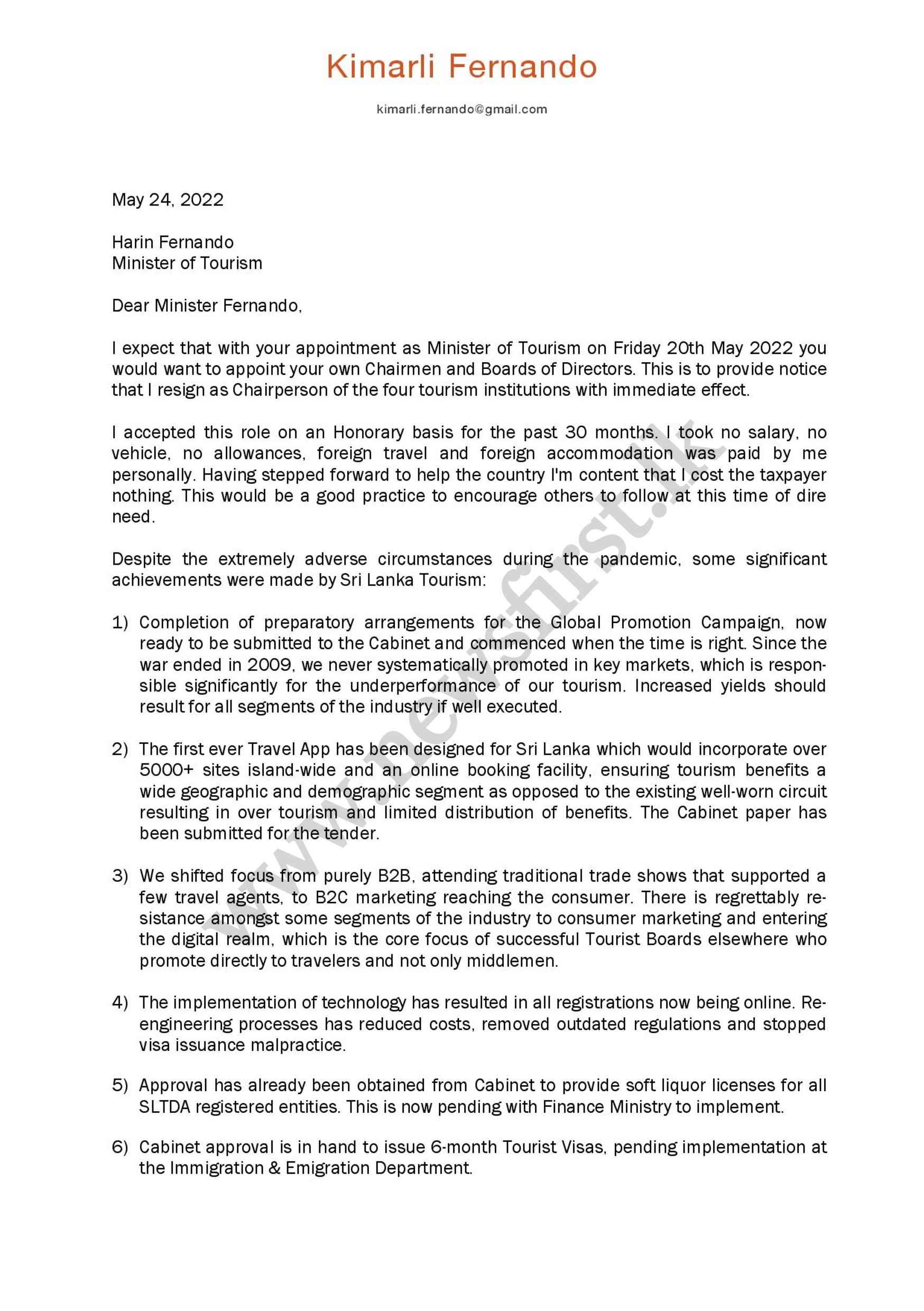 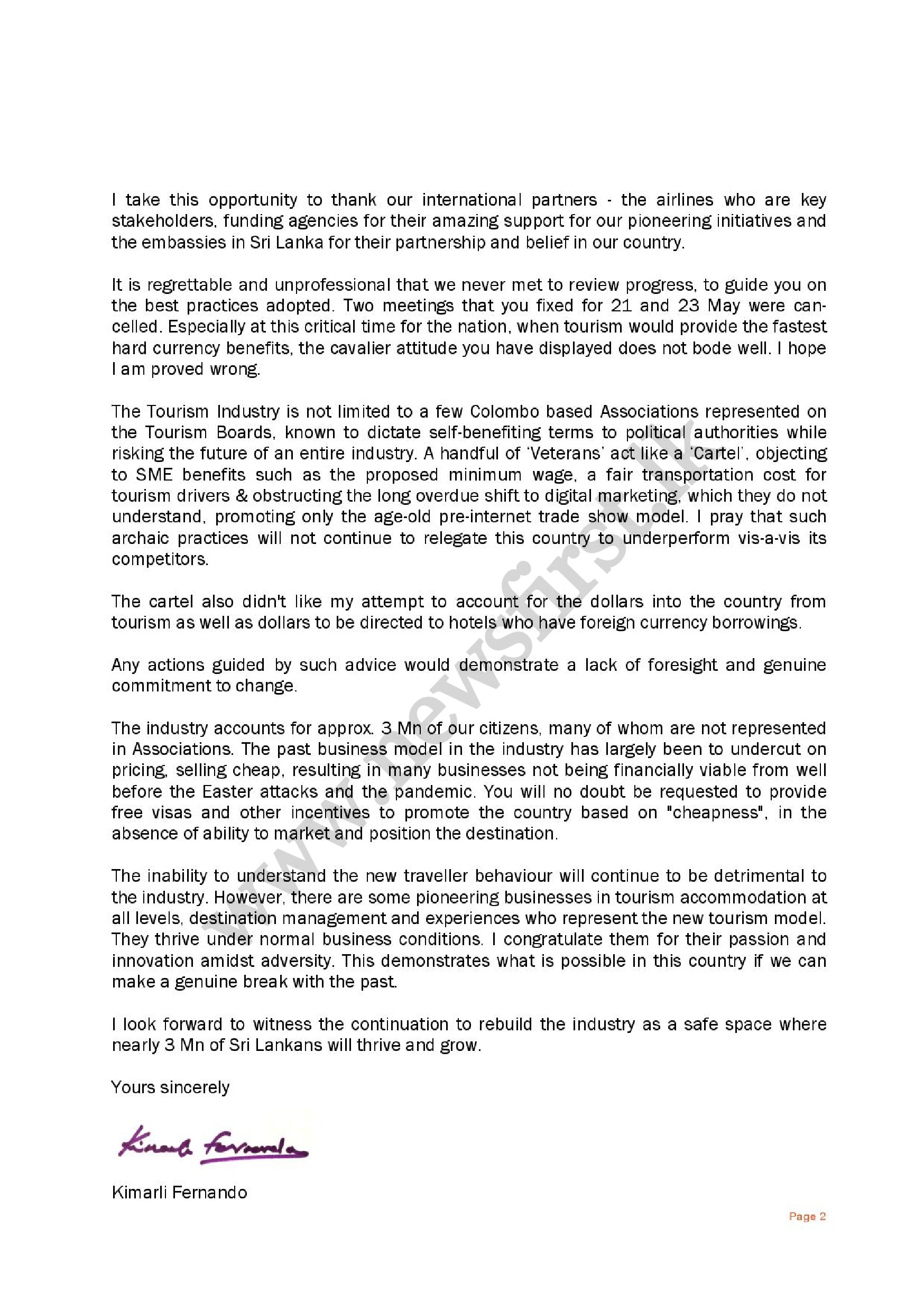