The Bar Association of Sri Lanka is of the view that the 21st Amendment MUST include a provision amending Article 44(2) of the constitution removing the power of the President to retain ministries and assigning to himself any subjects or functions.

In letters addressed to President Gotabaya Rajapaksa, Prime Minister Ranil Wickremesinnghe, and Justice Minister Dr. Wijeyadasa Rajapakshe the Bar Association of Sri Lanka recommends that the following matters which were contained in the BASL proposals be included in the 21st Amendment:

1. A provision for the members of the Monetary Board to be appointed with the approval of the Constitutional Council (in addition to the Governor of the Central Bank);

2. A provision for the appointments of the Secretaries to the Ministries, Governors of the Provinces, Ambassadors and Heads of Missions be done on the advice of the Prime Minister in consultation with the Cabinet of Ministers;

4. A provision to enhance the financial independence, transparency, and accountability of the Independent Commissions.

The BASL calls on the Government to ensure the early enactment of the 21st Amendment to the Constitution, as it is a necessary step towards achieving stability in Sri Lanka. 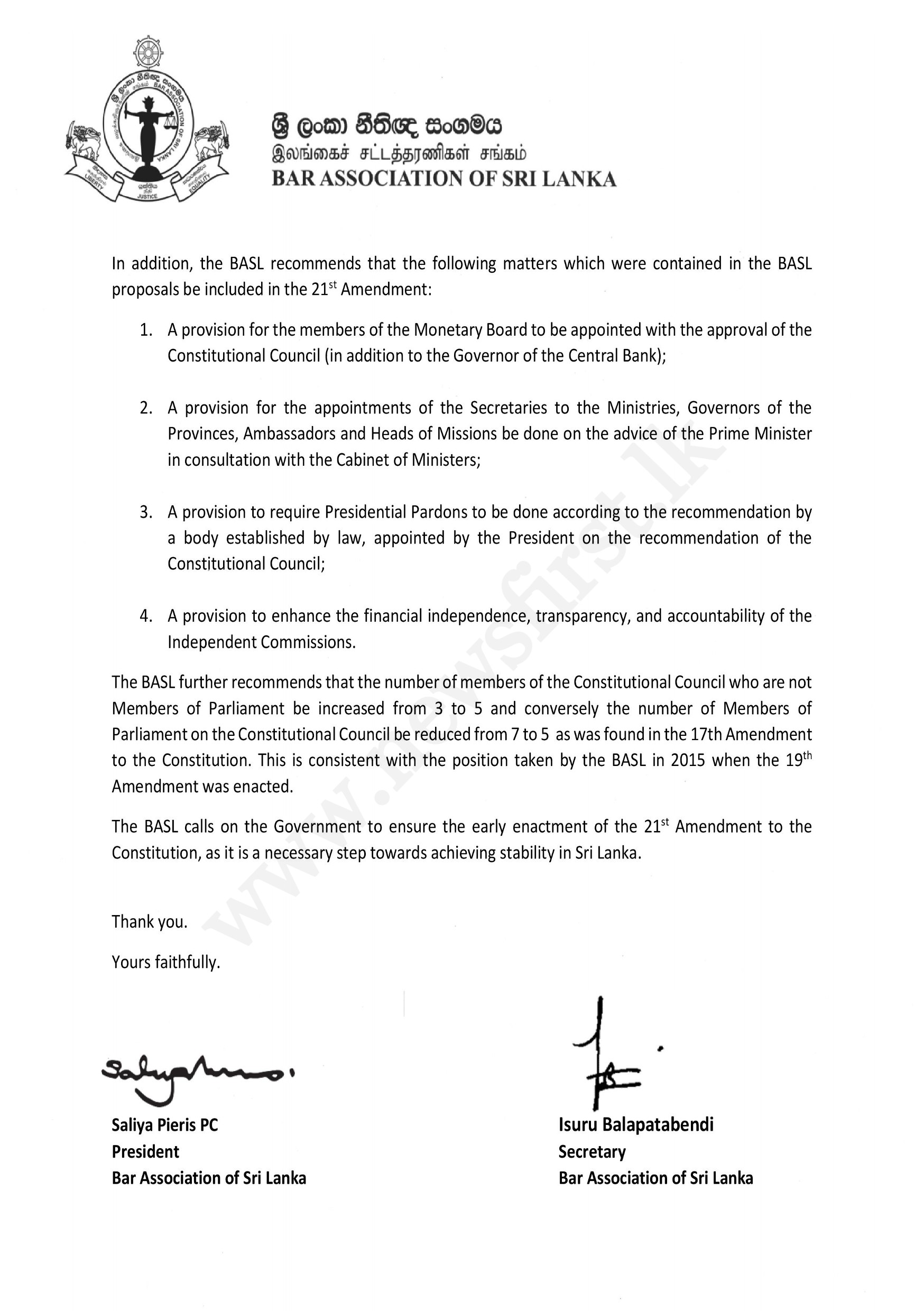