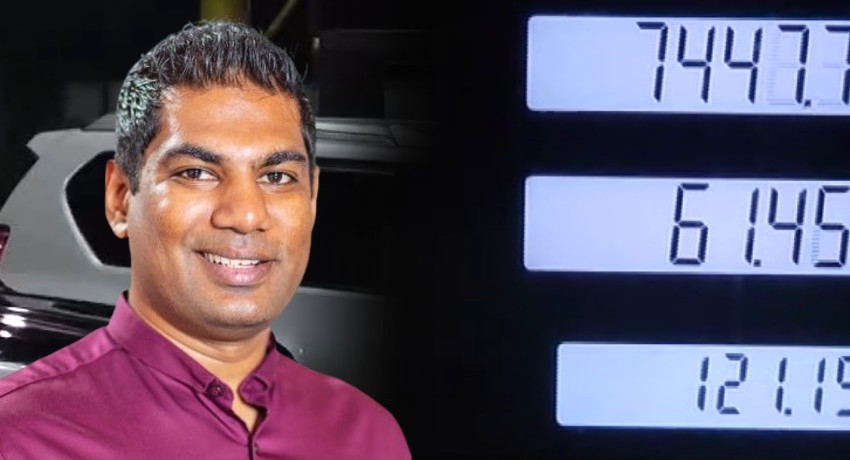 “No MP from either side or anyone has been given subsidized rates than the current market prices given to the public,” he tweeted.

Further, the Minister said he instructed the Ceylon Petroleum Corporation to carry out an investigation on the rates displayed in the dispenser at the Police garage and will make a statement in parliament.

“No one will be extended privileges on fuel stations other than ambulance essential services,” he further tweeted.

In his statement to Parliament, the Minister said the Ceylon Petroleum Corporation has never sold fuel to any MPs at a price less than the market rates, on any occasion.

“You (Speaker) has requested the Inspector General of Police over the possibility of providing fuel for MPs to visit Parliament during the days that Parliament convenes,” he told Parliament.

“The filling station in question does not sell fuel as Sri Lanka Police usually makes the payment to the CPC for their fuel requirements and the Narahenpita Police Garage only issues fuel for police officers in liters, and not for cash,” he explained.

He said following the Speaker’s request to the Inspector General of Police, the Ceylon Petroleum Corporation has made it clear to sell Petrol for Rs. 334.19/-, Auto Diesel for Rs. 289.13/-, upon payment made by cash.

The Minister also said that filling stations are only permitted to sell fuel subject to the present conditions, which is a maximum of Rs. 8,000/-, except for vehicles engaged in transportation services.

Energy Minister Kanchana Wijesekera slammed Sri Lanka Police for NOT updating the said Gasoline pump or the Dispenser in three to four years.

“The rate of Rs. 121/- is what existed several years ago,” he told the Parliament, adding that the said filling station was instructed to STOP selling fuel upon payment by cash.

Further, Energy Minister Kanchana Wijesekera said an investigation will be carried out for not updating the said Gasoline pump or the Dispenser.