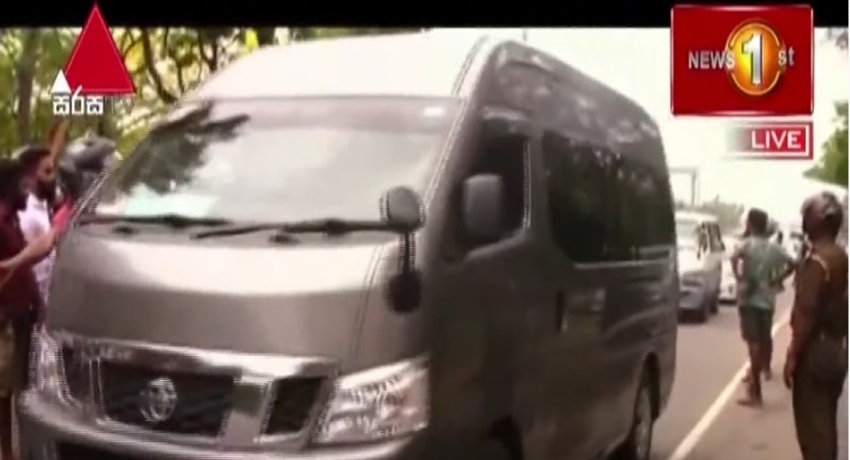 COLOMBO (News 1st); Large group of people have set up a check point on the road leading to the Katunayake Airport.

According to reports from the ground, they are trying to prevent ruling faction loyalists from fleeing the country.

Tensions boiled over, after peaceful protests in Colombo were attacked by pro-government loyalists, that eventually forced the Prime Minister to condemn the violence and also step down.

The Criminal Investigations Department has been tasked to conduct an investigation on the attack on peaceful protestors at GotaGoGama protest site in Galle Face, said Police Headquarters on Tuesday (10).

7 people have died and 231 people were injured in yesterday’s (9) clashes.

A normal Monday morning turned in to a scene of chaos, after pro-government supporters attacked the MynaGoGama protest site near Temple Trees following a meeting chaired by Ex-Prime Minister Mahinda Rajapaksa, where he announced he is willing to make any sacrifice for the people.

On Friday, the Sri Lankan President after a special cabinet meeting declared a state of emergency. This is the second time that an emergency was declared in Sri Lanka in the span of over a month.

The island nation faces its worst economic crisis, since its independence. The economic crisis is caused in part by a lack of foreign currency, which has meant that the country cannot afford to pay for imports of staple foods and fuel leading to acute shortages and inflated prices.