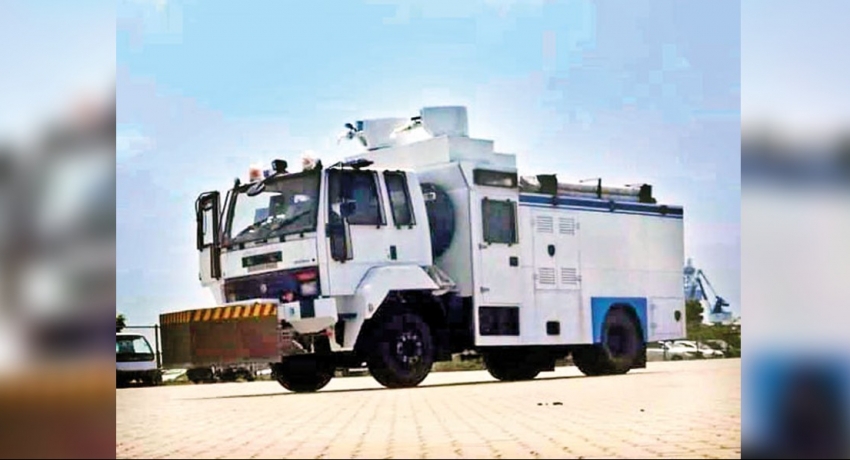 Issuing a statement, the Police Spokesperson mentioned that the water cannon was not recently imported, but was imported for use by the Special Task Force in 2021, and was brought to Colombo on 6th May.

Moreover, the Police Spokesperson said that about 200 troops of Sri Lanka Police will be sent to Mali with UN Peacekeeping forces alongside the water cannon and other necessary equipment.

Therefore, the Police Spokesperson said that the water cannon’s main purpose is to bring in foreign revenue and not to use it against Sri Lankans who are engaged in peaceful protests.