COLOMBO (News 1st); The Mahanayake Theros of the Siyam, Amarapura and Ramanna Nikaya’s or Sects have called on all lawmakers including the President, and the Prime Minister to make an effort to form an All Party Common Interim Administration comprising intellectuals.

In a two-page statement the Mahanayake Theros have expressed their displeasure over the failure of the lawmakers in Parliament to intervene and solve the socio-economic, and political issues that have taken a toll on the people of Sri Lanka.

The statement said that at a time when the people are in crisis, those in parliament have been wasting public funds to only realize the objectives of their political parties, and therefore there is serious concern if they hold any credibility to represent the mandate of the people.

It added that the comments and proposals made by certain public representatives to achieve narrow political mileage depicts that their political immaturity, and that they are no sensitive to the present day issues. 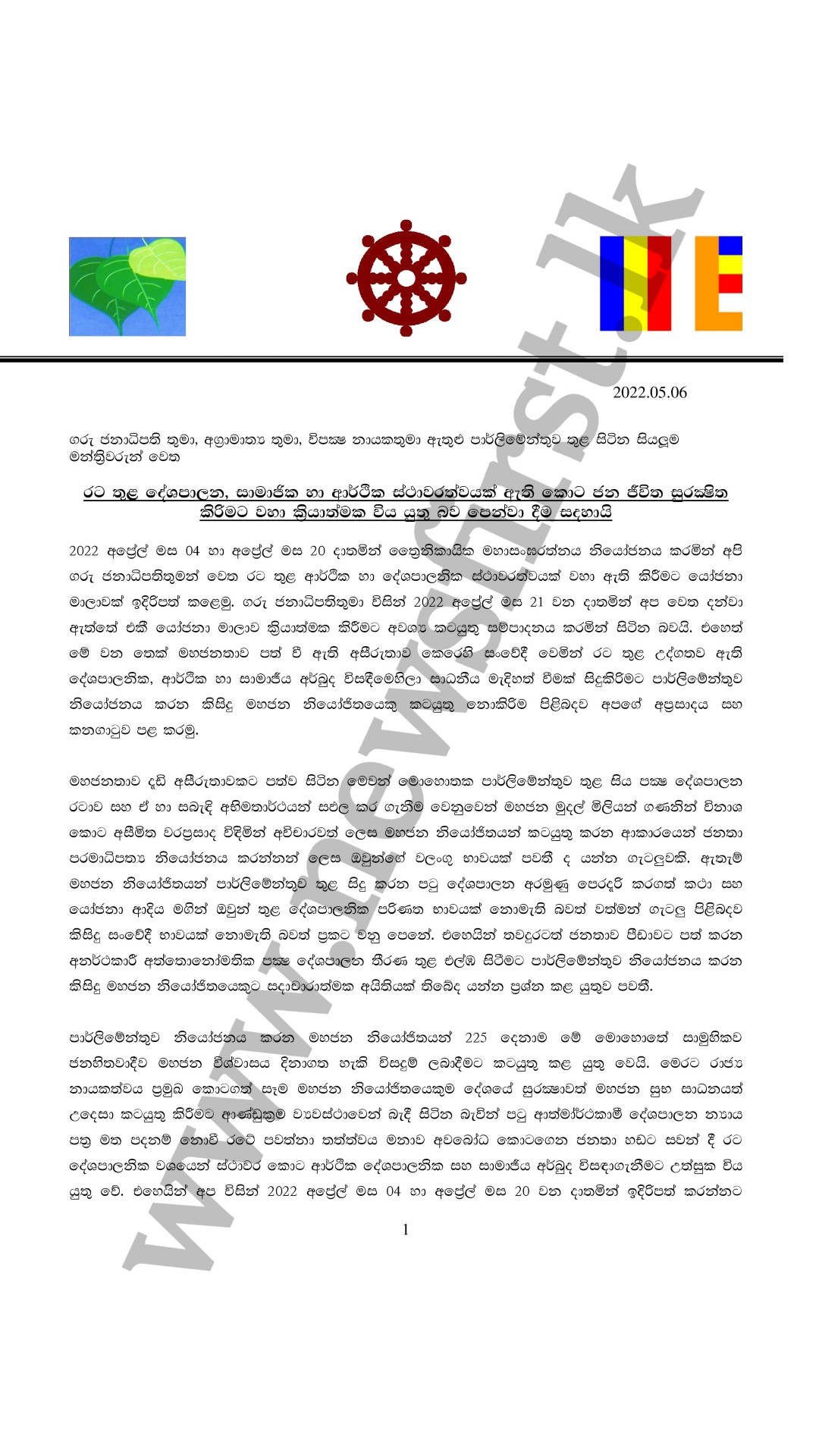 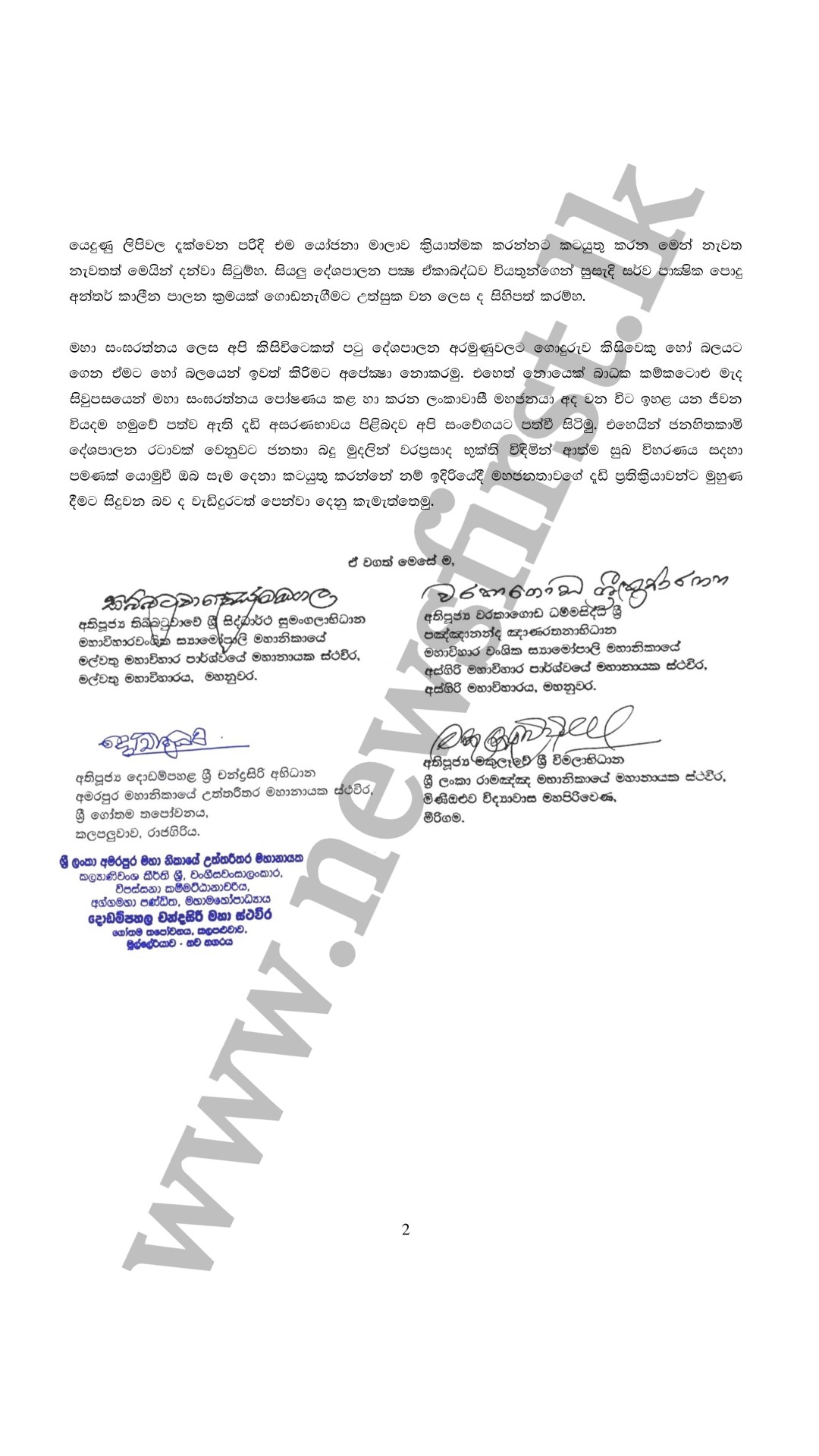